Philadelphia is a basketball town… Yeah… We watch the Eagles, but we PLAY basketball!

Depending upon your age, your childhood was filled with visions of one of the following performing majestic feats on the court… Wilt, Dr. J, Barkely, Iverson or Embid/Simmons… At the collegiate level, Ernie Beck, Tom Gola, Guy Rogers, Cliff Anderson, Kenny Durett, Howard Porter, Mike Brooks, Tony Price, John Pinone, Steve Black, Mo Martin, Howard Evans, Ed Pinkney, Lionel Simmons, Mark Macon, Marvin O’Connor, Lynn Greer II and Jameer Nelson are just few of the names that continue to ring long after their playing days were over. But, perhaps, more than anything…

Philadelphia is a Scholastic Basketball town…

We still revere the Overbrook teams of the 1950’s featuring Wilt, Ray Scott’s West Philadelphia squad and the Northeast’s teams led by Rogers, Tee Parham and Sonny Hill. Overbrook’s teams of the 1960’s and early 1970’s featuring guys like Walt Hazzard and Andre McCarter continue to be mentioned whenever “greatness” is the topic. For many, the apex was reached with the Gene Banks led Speedboys of the mid-1970s. Their epic battles with the late great Lewis Loyd are still talked about like the games were played last week. Ricky Tucker, Steve Black and Tony Coster picked up the torch and carried the city into the 1980’s. Rico Washington and Pooh Richardson led Ben Franklin squads picked it up in the early 1980’s. Later that decade Bo Kimble, Hank Gathers, Doug Overton and Heat took Dobbins to the pinnacle. As we entered the 1990’s we entered the Gratz era as Coach Bill Ellerbee put together a string of Nationally dominant teams featuring Harry Moore, Aaron McKie, Rasheed Wallace and a host of other Division I players. 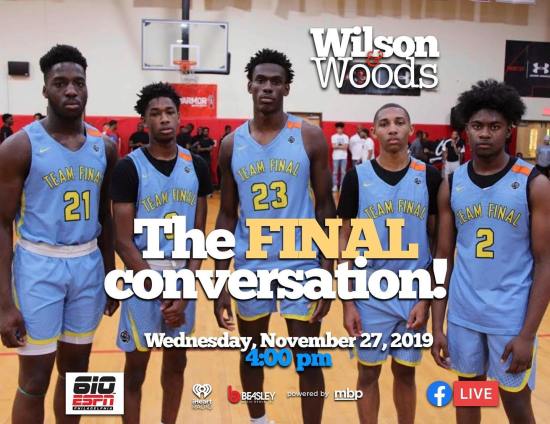 The advent of the charter school movement led directly to a shift in the basketball power structure. Traditional neighborhood high school programs were decimated in just a few short years. The Catholics and and couple Charters filled the void. Carl Arrigale was hired at Neumann and proceeded to put together one of the all-time greatest runs in Philadelphia HS basketball history. Over at Borad and Vine, Roman Catholic has always been one of the better programs in the nation. It is indisputable, the proliferation of charter schools led directly to the demise of traditional neighborhood public high school programs. Catholic schools and eventually a few charter programs became more attractive to the most talented players.

By the mid 2000’s Dan Brinkley had built a powerhouse program at Prep Charter featuring eventual eventual pros like Rodney Green, Marcus Morris and Markeiff Morris. Public supremacy was eventually assumed by Andre Noble and the Imhotep Panther program. Imhotep has been on run that compares favorably to any in the history of Philadelphia scholastic basketball history. The class of 2019, led by 4 year starter Donta Scott, never lost a regular season public league game. They were ranked in the top 25 for their last 3 seasons and 4 of the starters, Scott, Dahmir Bishop, Jamil Riggins and Chereef Knox received Division 1 scholarships.

So.. here we are on the cusp of yet another wonderful high hoops season.

It’s worth noting that things will NEVER be as they have been in the past. As much as the rich history of high school hoops is important one could argue that high school basketball has never been less significant for players seeking to play at the collegiate level.

If AAU/grassroots basketball is where the action is then the EYBL is center stage. The overwhelming majority of Division 1 basketball prospects play on one of the three shoe company sponsored circuits. Nike (EYBL), Under Armour (UAA) and Adidas (Gauntlet) sponsor self-contained leagues with teams from across the country competing for “National” championships. While Under Armour and Adidas have plenty of talent and regularly produce high major D1 and NBA players, the EYBL is widely considered to be the ‘best” circuit.

There are very few summer basketball events that can generate the excitement associated with Nike’s Peach Jam. The culmination of the EYBL circuit features a level of stagecraft and showmanship unmatched by Under Armour and Adidas. While all three produce top players, many of the biggest names and brightest young basketball stars gravitate to the EYBL Moreover and most importantly, because it takes place during a live recruiting period, the Peach Jam has emerged the most highly anticipated and important event with regards to scouting talent and learning more about potential targets for top college programs. It is also a tremendous opportunity for underrated talents to make a name for themselves in front of college coaches and scouts.

The Team Final success in this area begs a lot of questions and invites a criticism from many quarters. What follows are just a few of the questions/criticisms one frequently directed at the program:

1. If they produce so many NBA players, why haven’t they been more successful in the
Peach Jam? Some feel that the Team Final program is geared toward and exclusively
focused on developing 1 or 2 NBA players each year and fails to pay adequate attention
to the other 6-7 players on the team. How does Team Final balance the goals of
highlighting superstars prospects with winning and developing the other players on the roster?

2. Lynn Greer, III, Quade Green, AJ Hoggard and Ahmad Fair are all very talented Philly
guards that clearly wanted to play on the EYBL. These young men left the area to play in
Washington, DC and New York. Chance Westry and Jordan Longino are nationally
ranked prospect from the region that have recently announced that they will be playing on the EYBL out of New York. Why aren’t these kids playing with Team Final? Does Team Final have an obligation to accommodate the top area talent and keep them in the region during the summer months? 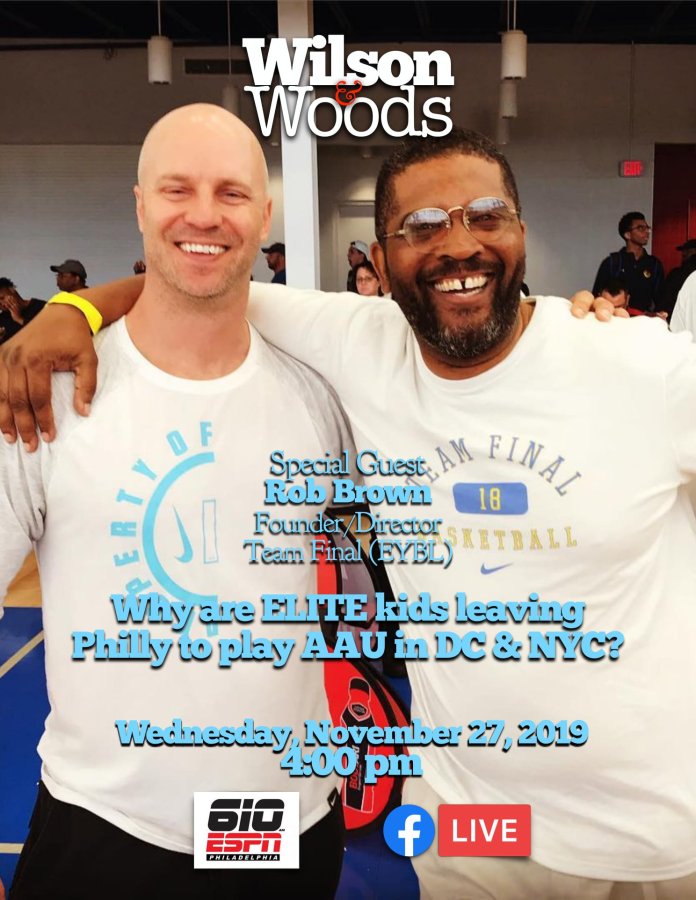 Tune in! Do NOT miss this explosive interview!