Traci Carter, like so many great and very good South Philadelphia ballers that came before him, studied under the master.  He was a skinny somewhat shy 7th grader when I first encountered him in 2010. There he was in the excruciatingly hot gym at the Marian Anderson Recreation center running and running while Claude Gross was fussing, cussing and, most importantly, TEACHING every moment of the practice. Gross is a Philadelphia schoolboy legend. He was the MVP in 1952 while leading Ben Franklin High School to the Public league Championship. An unflinchingly honest and acerbic man, Gross doesn’t tolerate foolishness or bad basketball. Both are likely ignite a stream of profanity that would make Richard Pryor blush. 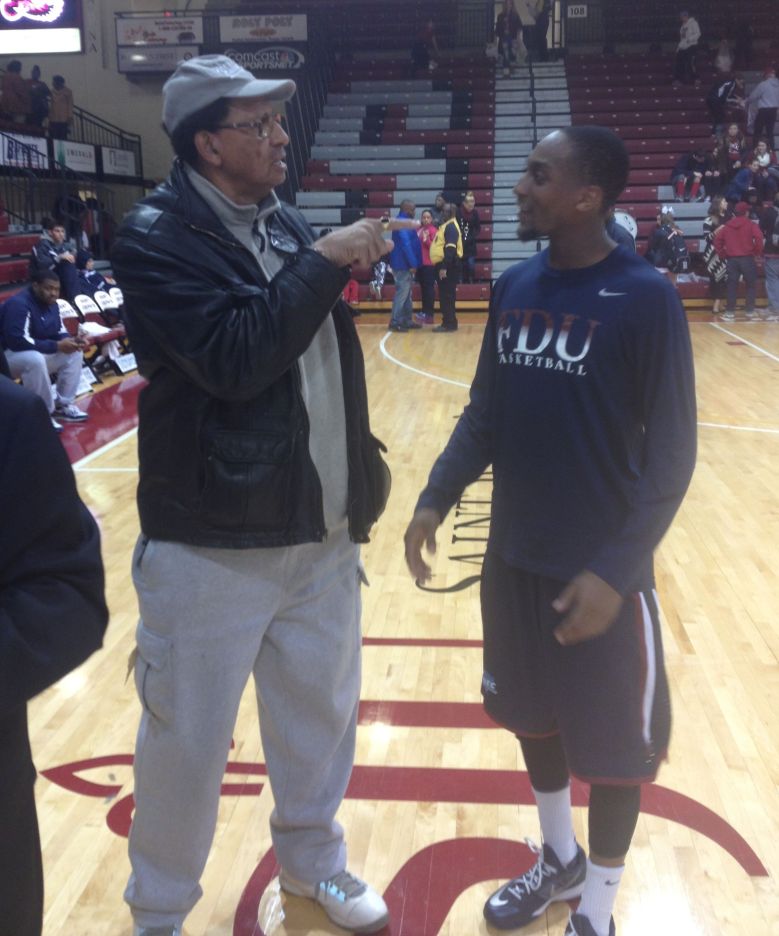 Lionel Simmons, Geoffrey Arnold, Donnie Carr, Nate Blackwell, Maurice Lucas, Dion Waiters, Biggie Minnis and Mo Howard are just a few of the players that have benefited from the uniquely delivered instruction and unconditional love offered by Gross over the past six decades. Traci is the latest fruit from the Claude Gross tree.

This particular day, I was there with another of Claude’s proteges, Rashid Bey. Rashid was winding down an illustrious playing career that included being twice named Big 5 MVP, leading St. Joseph’s to the Sweet 16 and playing in Europe for more than a decade. Always restless, Bey was in the gym everyday with Claude’s South Philly ‘Developmental’ and ‘Future’ teams in the legendary Sonny Hill League. These are kids in grades 6-8.

Watching the practice, I asked Rashid “who can play… which one has a chance?”

He immediately called Traci over and introduced us. At the time Traci might have been 5’7″ and weighed maybe 125 lbs. 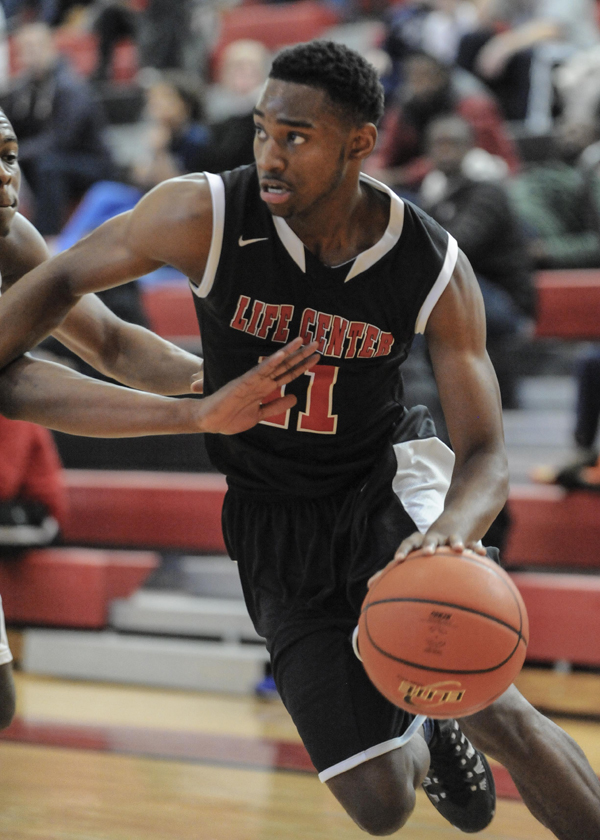 “This is Del… He’s my guy… you need to stay in touch with him. I think you can play college basketball and he can help you with the academic part.”

Chewing on the collar of his shirt, Traci mostly stared at the floor. We exchanged numbers and, because Claude and Rashid asked me to, I have stayed in touch with him since then. Our conversations very rarely center on basketball. Indeed, I have seen him play exactly two times in six (6) years. Once at the Reebok Invitational Tournament and again last week at Life Center Academy.

Nonetheless, I was never worried about his basketball development. He has always been in good hands, Traci is a child of South Philly. Former LaSalle great Donnie Carr has assumed primary responsibility for Traci’s athletic, social and emotional development. With Donnie, Rashid and Claude in his corner, Traci can’t go wrong. The basketball foundation was simply too strong.

My role over the years has been to badger him and monitor his academic development. A few times a month, I would check in or he would call me. Occasionally we would sit a classroom and together calculate his core GPA. I always wanted to make sure he understood exactly what he needed to accomplish. Traci would text me a picture of his grades whenever he received his report card. I steadfastly attempted to keep him on track academically. It would be challenging because he experienced quite a few bumps in the road outside the classroom. The way he has dealt with the circumstances makes him much more likely to succeed at the next level.

As a freshman at Prep Charter, in South Philly, Carter was expected to be an instant contributor and lead the school back to prominence in the Public League. Before he could play a game, he suffered a knee injury which required surgery… Out for the season… 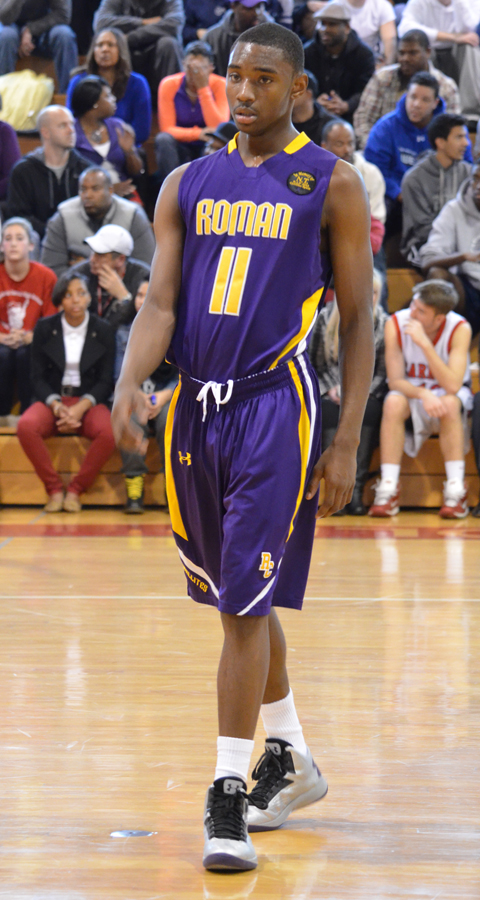 As a sophomore, Traci expressed a strong desire to be in more rigorous academic setting and play in a stronger basketball program. So, he ended up transferring to Roman Catholic High School. Playing his first year of scholastic basketball, he was named 3rd team All-Catholic while helping Roman Catholic reach the Catholic League semi-finals where they lost to St. Joseph’s Prep.

Genuinely remorseful about his indiscretions, Carter and Donnie Carr reached out to Pervis Ellison, the Head Coach at Life Center Academy. Pastor Dave Boudwin and Ellison agreed to take Carter and he moved to Burlington, NJ. Teaming with Trayvon Reed (Auburn) and Malik Hines (UMass), Traci had a good junior year. His backcourt running mate was Pervis’ son Malik Ellison, another highly rated college prospect. Heading into the summer, Traci was widely considered one to the top 100 players in the country. 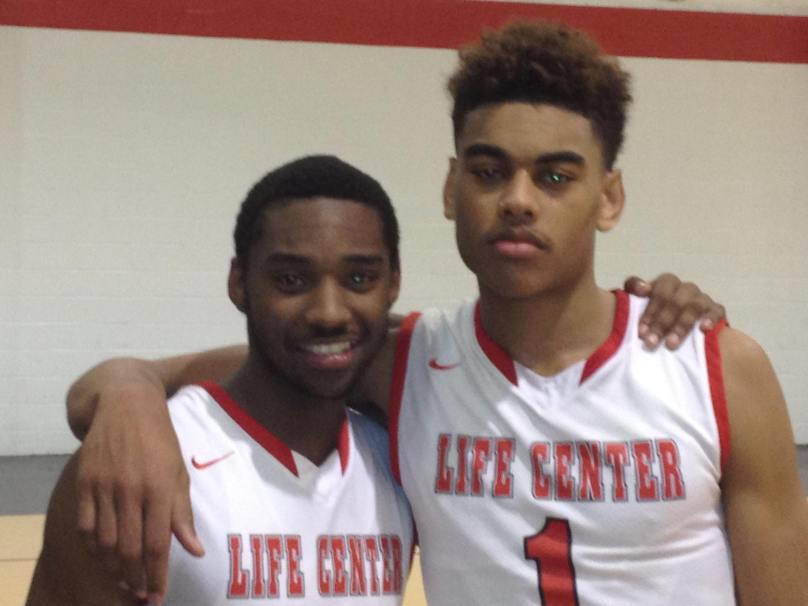 He was despondent. I went to visit him and his leg was immobilized and his spirits were down.

“Traci, you have to remain focused. You have to maintain your discipline with regards to your academic pursuits. Don’t let this injury affect your grades.”

Slowly, but surely he regained his strength. But then his partner went down. Malik Ellison broke his leg. Traci would have to start his senior season without his main man running alongside him. Predictably, Life Center struggled immensely. Eventually, Ellison would return and once again the basketball community began to buzz. 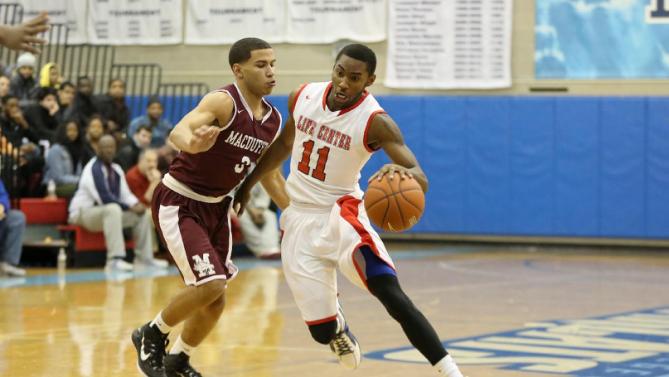 Rebecca Boudwin, an adviser to Life Center students raves about Carter. “He’s been such a wonderful addition to our learning and spiritual community. We love all of our basketball players, but Traci is special. We see how hard he works on and off the court. We’ve seen how he handled adversity. Through it all he has remained focused on his academics. We are extremely proud of Traci.”

With his grades in order and a qualifying score under belt, Carter is set to begin visiting different colleges. He says he wants to take all 5 of his official visits. 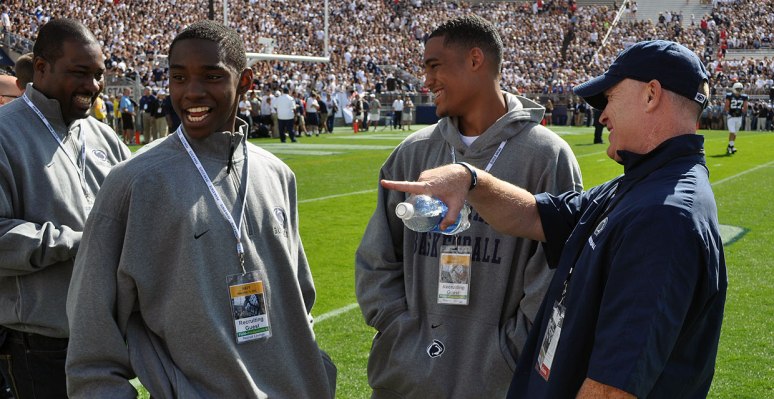 Traci and Shep Garner at Penn State with Coach Chambers

Carter says, “The coaches have been so respectful to me during the recruiting process. I have grown to really like several of them. I feel like I need to go see and feel the campuses in order to make an informed decision.”

As far as official visits, he says will probably go to 5 from among The University of California, Marquette, UConn, NC State, Memphis and Xavier. Unofficially, Carter will take trips to see Penn State, Temple, LaSalle and a few others.

“I just want to find a place where I can continue to learn as a student and a basketball player. I want an opportunity to compete for playing time as a freshman and I want to graduate from college.”

Donnie Carr and the rest of South Philly have done an exemplary job guiding the young man this far, no reason to think they won’t continue making good choices.

Be on the look out for Traci Carter, he’s one tough PHILLY guard!