I’m gonna let you in on a little secret…

There is nothing like attending a historically black college or university, or HBCUs as they are commonly called. There is no substitute… There’s something deeply ingrained in the core beliefs and creeds of these institutions.  Emerging after the end of American slavery, they are committed the belief that everyone deserves access to a college education. The Higher Education Act of 1965 defines an HBCU as “any historically black college or university that was established prior to 1964, whose principal mission was, and is, the education of black Americans.” There are more than 100 HBCUs in the United States, including public and private institutions and law and medical schools. 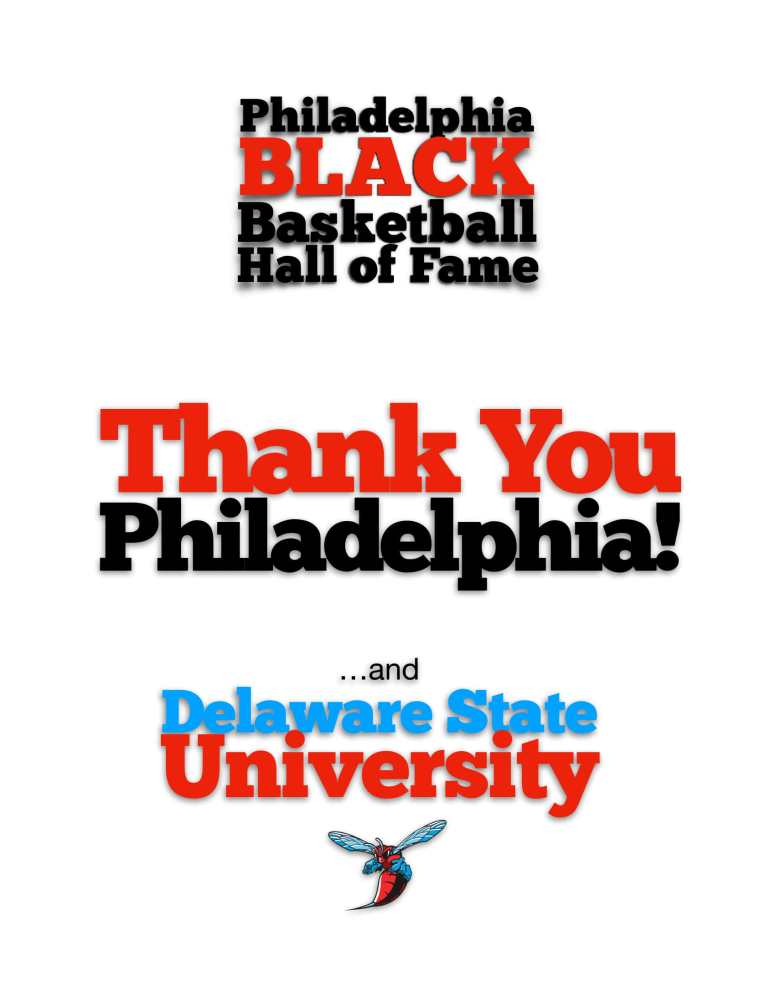 HBCUlife is special… There is no substitute…

You become part of an extended family when you matriculate at an HBCU. It never leaves you… I know first hand from my experience at Lincoln University.

Let me me tell you what happened yesterday to illustrate this for the uninitiated.

Robert Vanderhost, an all-time great Delaware State Hornet, was inducted into the Philadelphia Black Basketball Hall of Fame. A great player… Vanderhost suited up for the Hornets from 1967 to ’70. He enrolled at (then) Delaware State College in 1967.  He was offered a full scholarship to play basketball in the middle of the 1967-68 season.  Entrenched as a starter for the next two seasons, Vanderhost finished his career as a member of Delaware State’s 1000-point club. He was twice named All-CIAA selections. He dropped over 17 points-per-game over his career with the Hornets. In 1970, Vanderhost was selected as the team’s Most Outstanding Player. After finishing his playing career at Delaware State, he served as an assistant coach with the Hornets during the 1970-1971 season.

Nearly half a century since he played a game for the Hornets, the Delaware State “family” learned he was being inducted into the Philadelphia Black Basketball Hall of Fame. They did what real families do.

They came out in full force. 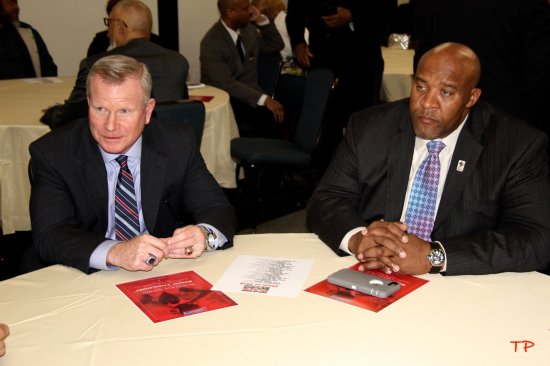 On a Sunday in February, a caravan of Delaware State administrators and alums made their way from Dover, Delaware to the HERO Center in the Tioga Section of North Philadelphia.

Delaware State was thick in the house. Nearly fifty years after Mr. Vanderhost scored his last bucket, his “family” was there… A half an hour early!

Young students and student-athletes making college decisions would be wise to understand the special nature of HBCUlife.  Fifty years after you stop playing will the AD, VP, Head Football Coach and other administrators give up their Sunday, drive and hour and a half to your old neighborhood to support you as you are honored?

That’s a fair question… That’s how they play at Delaware State University. 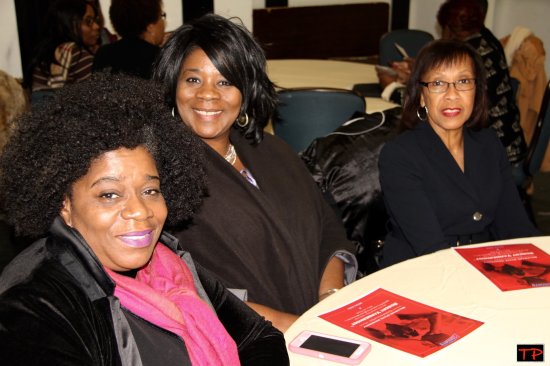 Senior University and Athletic Department administrators supported their guy as much as humanly possible. They reserved 20 tickets. Then they showed up and showed out. Among those attending were the following: 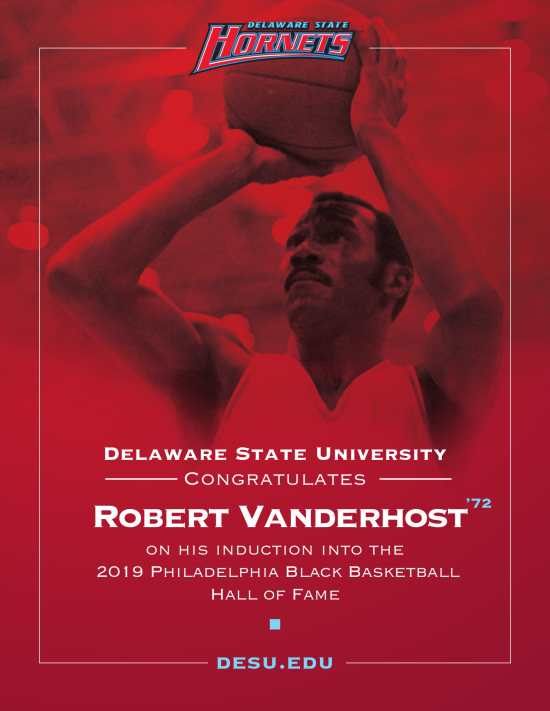 Any young student-athlete capable of playing at the Division 1 level would be wise to strongly consider becoming part of the Hornet family. They’ll be right by your side in 2079.