Donta Scott, Dahmir Bishop, Chereef Knox, Jamil Riggins and Faddie Wesley absolutely dominated Public League basketball the last two seasons. Before that Scott was also a key starter on teams featuring Jaekwon Carlyle, Fatts Russell and David Beatty. Indeed, over the past four seasons Imhotep Charter School’s basketball team was the equivalent of Gladys Knight and the rest of the Public League were the Pips.

Imhotep was the clear headliner. They featured no fewer that 5 or 6 Division 1 prospects in the lineup at all times. When they boarded the bus and headed to Public League games, the outcome of the game was, more or less, a foregone conclusion. By the end of the night, Imhotep would have another notch on their belt.

The lone exception over a 48 month period was a playoff loss to Jason Harrigan’s Del Val Charter led by then super sophomore point guard Antwaun Butler. Other than that, Imhotep whupped everybody. 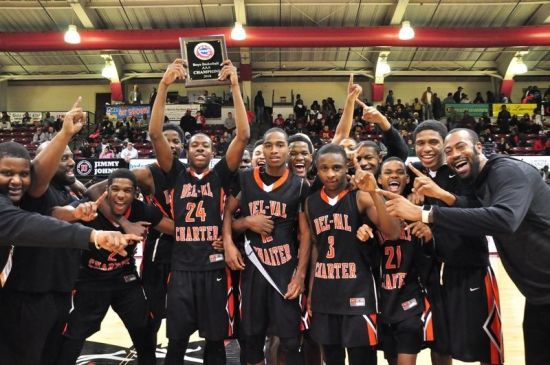 Donta Scott is a key member of the rotation for the 7th ranked Maryland Terrapins. Dahmir Bishop plays a similar role for the Xavier in the Big East. Chereef Knox is adjusting to life in the Atlantic 10 as a member of Billy Lange’s first team at St. Joseph’s. Jamil Riggins is rounding into form after missing much of the early season with a nagging elbow injury at Quinnipiac. Faddie Wesley shares point guard duties with the mercurial Khalif Meares at Harcum a D1 JUCO nestled against the Villanova campus on Philly’s Main Line.

The page has turned at Imhotep…

The cast of characters remains incredibly talented. There’s an incredibly strong, experienced and fundamentally sound big man. Elijah Taylor is everything one would want in a student-athlete. He is a true scholar with exceptional grades and strong test scores. He fielded dozens of offers from some of the finest basketball programs and top universities in the nation before committing to the Notre Dame Fighting Irish.

Running alongside Taylor is Kamrohn Roundtree, a super-athletic 6-7 power forward. Roundtree is an exceptional leaper, rebounder and shot blocker. While his offensive skills are still rounding into shape, he able to finish in transition better than most high school players in Philadelphia. Plainly stated, Kam will bang that shit on you.

Sammy Wylie is another experienced senior. A 5-10 combo guard, Wylie has participated in games at the very highest level across the country the past few years. The southpaw is a very capable playmaker and scorer.

But… Unlike last year’s version they are not invincible in the Public League.

Duane Satchel matched up extremely well with Elijah Taylor. Coming in at 6’9” and tipping the scales in the 240 range, Satchel was the BIG man on the court today. He played an intelligent and fundamentally sound floor game. Stewart’s experienced guards and wings consistently looked to keep Satchel involved on the offensive end. These guys actually looked like they practice post entry passes. If the pass was a little misguided, Satchel did an excellent job of catching it, regrouping and making good old fashioned low-post, back to the basket post moves. He reciprocated their generosity at the offensive end by corralling a multitude of defensive rebounds and quickly finding his guards for outlet passes to initiate an effective transition offensive attack.

When Imhotep was able to setup their vaunted full court press, the Gratz guards displayed a keen understanding of basic basketball principles. They would flash someone to the middle or throw skip passes diagonally which resulted in 3 on 2 and/or 2 on 1 situations. Led by the sharpshooting Yassir Stover (17 points), the Bulldogs played sound, smart and tough basketball. 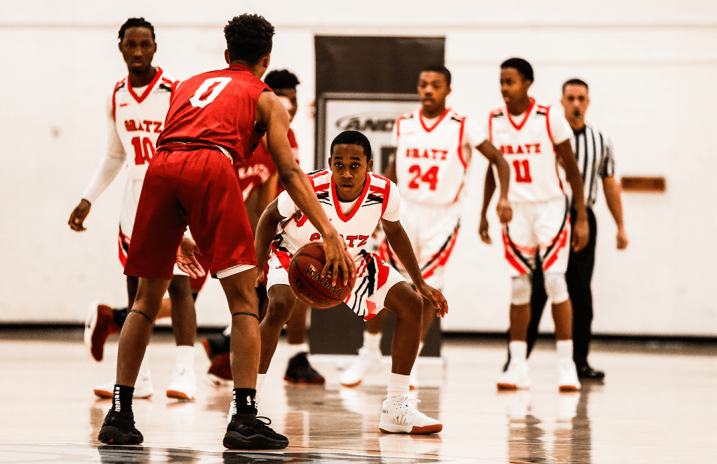 The Bulldogs won the game 71-60, after leading by as many as 19 early in the first half. The wire to wire victory was impressive. Lynard Stewart is a DAMN GOOD coach.

With Satchel in the middle, he’s able to matchup with Imhotep’s athletic bigs. His senior guards were unfazed by the full court pressure. Something tells me that game film has already made its’ way around to all the Division A laptops… Any coach that doesn’t already have it is lunching… Big time…

The college basketball season begins with the Temple Owls hosting La Salle’s Explorers. Fran Dunphy, the winningest coach in the history of the Big 5 will match wits with Ashley Howard in his first game as Head Coach. 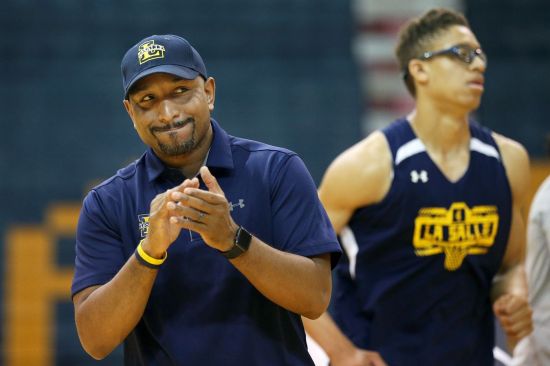 Dunphy has 557 career wins… Howard is seeking his first…

Both programs are in the midst of massive transformations. While the memory remains fresh on the mind of every Philly hoophead, Tyrone Garland’s Southwest Philly floater kissed of the glass and slithered through the net six years ago. The Sweet 16 in 2013 is officially ancient Chinese History at 20th and Olney. 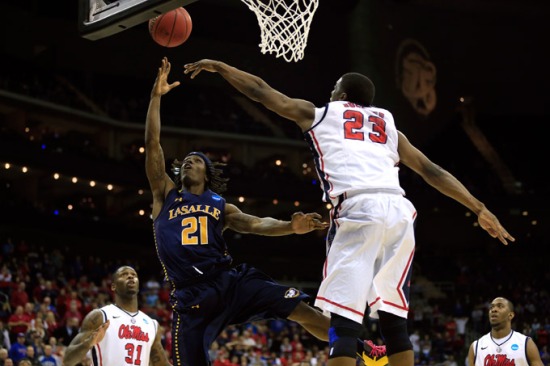 Since then, the Explorers have finished 8th, 9th, 14th, T7th and T10th… Unacceptable…

The decision was made to go in another direction…

A nationwide search yielded a candidate that grew up about 3 subway stops from the La Salle campus. An integral part of the meteoric rise of the Villanova program, Howard was tapped to lead the Explorers back to prominence.

Young, energetic and extremely AGGRESSIVE on the recruiting trail, Howard leads his squad into the Liacouris Center to face the Owls on Tuesday evening.

Meanwhile, Dunphy has been leading a Big 5 basketball program since 1989.

He constructed an Ivy League powerhouse at the University of Pennsylvania. He went 310-163 with 9 NCAA appearances with the Quakers.

Upon taking the reigns from Hall of Fame Coach John Chaney, Dunphy proceeded to make 6 NCAA appearances in his first 7 years at the helm of the Owl program.

In 2013, however, Temple abandoned the Atlantic 10 (A10) Conference for the more competitive American Athletic Conference (AAC). Since making the jump, Temple has appeared in the NCAA tournament just once in 5 years. While the Owls have also made 2 NIT tournaments, including one NIT Semifinal, that’s just not enough to satisfy Owl alums and fans.

So… for just the 5th time since 1952, Temple will have a new basketball coach next season.

Two Philadelphia programs with justifiably proud traditions are taking different approaches in their attempts to return to glory.

La Salle reached onto the Villanova bench and snatched a young assistant known as a relentless recruiter and gave him the keys to the car. Howard’s been riding shotgun for the past 5 years as Jay Wright’s been conducting “drive-by” massacres of Temple, La Salle, St. Joseph’s and Pennsylvania on his way to cutting down the Final Four nets TWICE!

Now it’s his responsibility to stop the bleeding.

Around 10:00 pm Tuesday evening, either Howard will have victory number 1 or Dunphy will have number 558…

Either way, hoopheads will get a first look at two historically GREAT programs in transition.

College Basketball is Back!

College basketball is back!