October 3, 2017 By delgrecowilson in Uncategorized, Urban Education Leave a comment

Tears were cascading down her cheeks… The pain was evident on her face… Veins were throbbing in her neck… She was screaming at the top of her lungs, “Y’all trying to wipe Black Boys off the face of the earth!”

Before the hearing she explained that she was using basketball to keep her son engaged with the educational system. “He’s all right when he’s on a team and playing… When he’s not involved with basketball, he’s easily influenced to do stupid things.” 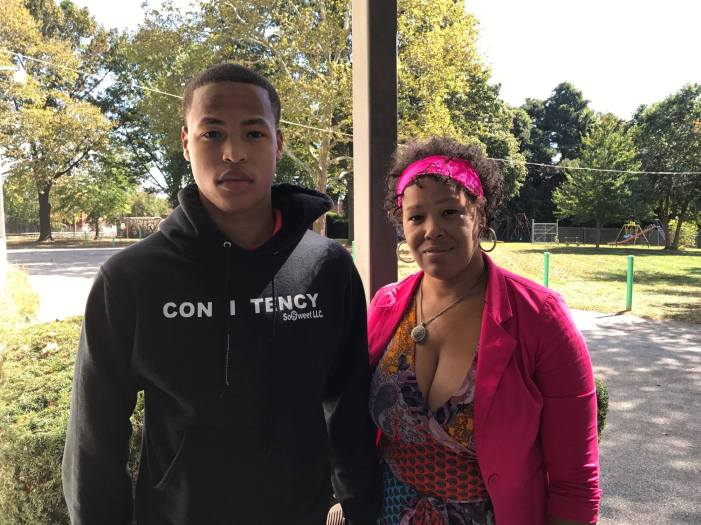 At stake was Powell’s senior season… Would he be eligible to play for Overbrook?

Snell contended that he did not “beg” Sims. He did acknowledge that he sent a car to pick her up for a meeting.

It is important to note that Yazid Powell NEVER suited up for West Philadelphia. He NEVER played in one game for the Speedboys. Sims and Powell were both very confused… How was West Philadelphia able to contest his eligibility given the fact that he was NEVER a West Philadelphia student-athlete? This matter was never really made clear during the hearing.

What was clear was that West Philadelphia’s Athletic Director and Boy’s Basketball Coach did not wish to see Powell play for Overbrook. They went on the record pushing for denial of his eligibility. 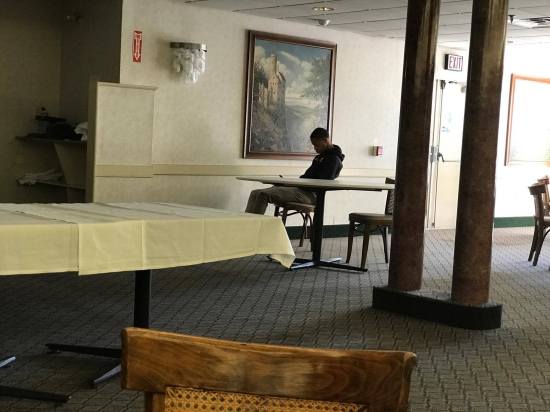 West Philadelphia’s Athletic Director, Barry Strube, stated that he began an investigation of Powell’s transfer to Overbrook after “Rob Moore (Constitution Head Coach) called me and indicated that Antwann Postell had recruited Powell to Overbrook to play basketball.”

Reached by telephone, Moore told the Black Cager that he has “never called Strube.”

Snell indicated that he is very active in the Philadelphia basketball community. He stated that he personally observed “Postell coaching Powell while he played for the Philly Hurricanes.”

Strube produced a copy of Postell’s criminal record, pictures of Powell playing for Postell in the Chosen League and he noted that he played in alumni game at Overbrook after transferring in May.

Snell openly question Sims motives for transferring her son to Overbrook. Tensions rose between the two of them as Sims indicated that Snell repeatedly called her and never was concerned about anything but basketball.

When asked why she didn’t consider John Bartram HS when he left West Philadelphia, Ms. Sims indicated that Bartram was out of the question. Pressed further, she stated that “since a student knocked out a teacher” she’s never considered Bartram for her son. 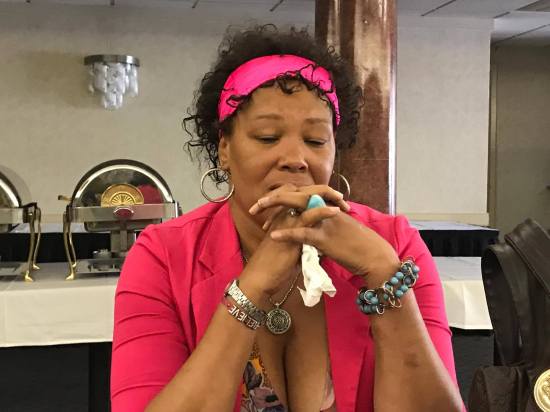 After an extensive hearing, the family and the media left the room where the committee discussed the case. After about 10 minutes, everyone returned to hear the ruling.

The committee of 15, was made up of 10 white males, 2 Black males and 3 Black females. There were 13 votes to deny Yazid Powell eligibility.

West Philadelphia HS, Strube and Snell won this round…

Sims vowed to appeal the ruling to the PIAA.

His mother vowed to protect him and not let the streets devour him… Today, School District of Philadelphia and West Philadelphia High School employees Barry Strube and Jermaine Snell were successful in denying Powell a chance to play basketball during his senior season.

The young man with extensive interest from over 10 colleges, is left without a team. However, all is not lost… The Black Cager reached out to one of the Deans of  Philadelphia’s basketball community for help with this matter.

If Sims and Powell are not able to overturn the ruling, Sam Rines, Director of Rocktop Academy has indicated that he will allow Powell to play with him at a significantly reduced cost. Rines‘ program has helped hundreds of young men earn college basketball scholarships over the years.

“I’m in the business of helping young men better themselves so they can become contributing members of society. Basketball is just a tool I use to accomplish this goal. I hope he’s able to play High School basketball. I know how important that is for kids. But I want him and his Mom to know I will do everything I can to help him realize his dream of playing college basketball.”

Rocktop Academy is a private Prep School program. Located in suburban Philadelphia, Rocktop Academy is tone of the most prominent programs on the prep circuit. Strategic location allows Rocktop to play a highly competitive prep schedule in the country that includes over 60 games. Players have access to multiple gyms, and receive instruction around the clock.

Black Cager Sports Media salutes Sam Rines and Rocktop Academy. Someone has to be on the side of the kid.