… and go find a gym where guys will push you and make you a better player. Charles Brown, Jr., A Saint Joseph’s University 2016 commit took this advice to heart and tracked down Jameer Nelson and Emmanuel Mudiay of the Denver Nuggets. He spent some time working out with the NBA players. Most importantly, he listened as they talked about different aspects of conditioning and mental preparation necessary to play at the highest level.

Over this past Spring/Summer Brown exploded on the national scene with a series of phenomenal shooting performances for Philly Pride AAU on the Under Armour Circuit. As a result, he was heavily recruited by Big 10, SEC, Big East and Big 12 programs. A true Philadelphia and a man of his word, Brown never wavered from his verbal commitment to St. Joseph’s. “It was nice to see people recognizing that i could play at the highest level, but I made the decision to become a Hawk a while back. There’s nothing that could change my mind. My mother, my father and the rest of my family already feel like we are part of St. Joseph’s University. Coach Arnold and Coach Martelli have made us feel welcome. I can’t wait to play on Hawk Hill.”

Brown got a chance to gauge himself against the very best today.  Emmanuel Mudiay was a lottery pick of the Denver Nuggets in the recent 2015 draft. He is expected to immediately contribute as Denver makes a push for the playoffs in the super competitive Western Conference. “Emmanuel is super athletic and highly skilled”, said Brown. “It’s really a pleasure to just watch him go about his business.” 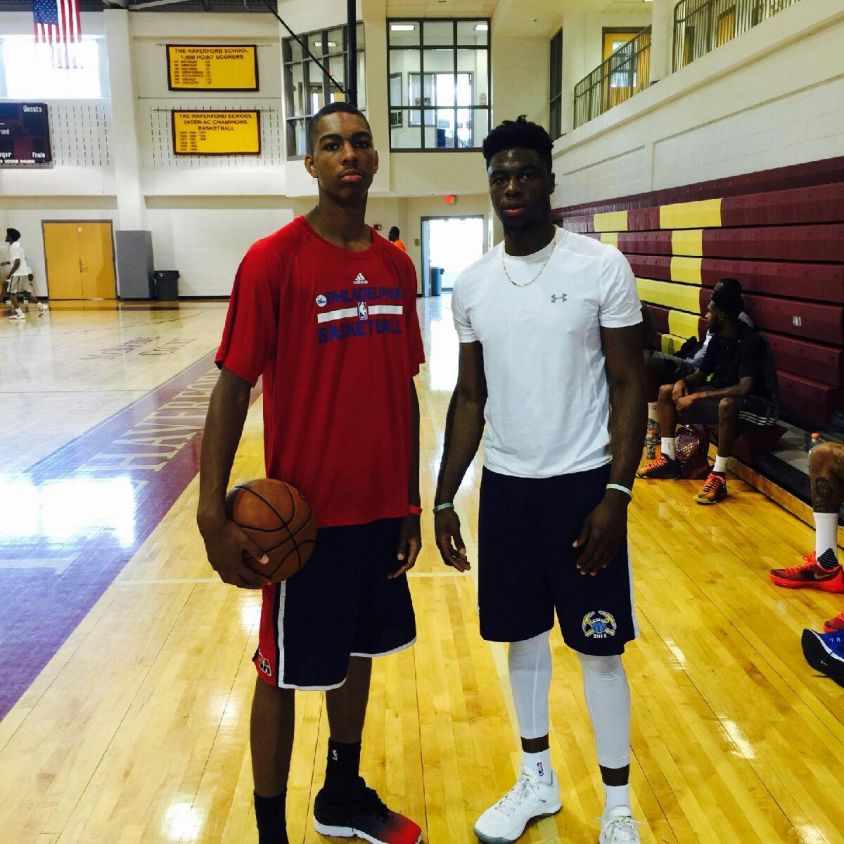 Brown reports to St. Thomas More Preparatory School next week. He will be playing in the New England Prep School League for the 2015-2016 season.