The Head Coach and the General Manager of the Asvel Basketball Club in Lyon met recent Penn State graduate DJ Newbill at the airport as he arrived in France. Newbill is anxious to start training with the team and looks forward to playing in the highly competitive French first division. One of his teammates with Asvel will be Ahmad Nivins, a 2009 graduate of Saint Joseph’s University. Asvel has won the French league Championship at total of 17 times. 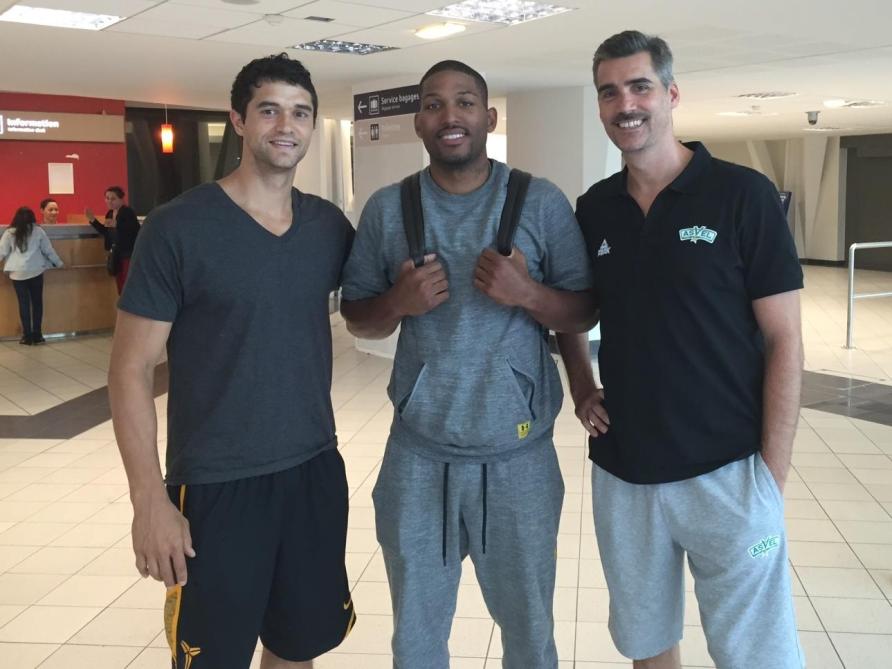 “I just want to help the team win… I want to win a French League Championship”, said Newbill. He added, “My time at Penn State has prepared me for this moment. I look forward to becoming a part of a great basketball club. I’m ready to go to work… Where’s the gym?”

The Black Cager looks forward to following Newbill and Asvel as they prepare for the 2015-2016 season. The link for the Asvel website is below: