The process of creating and entrenching highly selective, reshaped and even wholly fabricated stories is considered “indoctrination” or “propaganda” when done by people we don’t like. When it is done by members of the media it is called “journalism.” It is a valuable means of shaping the public’s perception of individuals or groups of people. One of the main objectives of contemporary mainstream journalism is to highlight the purported failures and shortcomings of Black males, especially athletes.

This explains is how HBO’s Jim Lampley can be arrested and charged with domestic abuse in 2007 and just a few years later call Floyd Mayweather “an often aggressively distasteful human being whose behaviors are a blight on the boxing landscape.” No one from the mainstream media called him on his blatant hypocrisy.

Talking head after talking head vocalized their disdain for Mayweather in the moments leading up to the most lucrative fight in the history of boxing. However, these talking heads are noticeably silent when Marv Albert plugs in his microphone and announces NBA games. This silence exists despite Albert being accused by a longtime lover of throwing her on a bed, repeatedly biting her on the back and forcing her to perform oral sex in an Arlington, VA hotel room. The woman said Albert became enraged because she failed to procure another man and bring him to bed with them. None of the talking heads object to Albert calling the games.

Why does the mainstream media vilify Floyd while giving the white guys passes? Ben Roethlisberger was twice accused of rape and I never hear any of the talking heads stating that they will not be watching the Steelers…  What gives?

Here’s the point I want to make: The mainstream media is full of shit…

If one relies solely on the stories about Rysheed’s trials and tribulations at St. John’s a very skewed image of Philly ballers emerges. This is not an accident…. And, it’s working…

Many in Philly are taking the bait… Social media outlets like twitter and Facebook have exploded with conversations centered on “what’s wrong with Philly college players?”

The propaganda has managed to shape the parameters of the dialogue. If we truly want to gain insight, we are asking the wrong questions…

Why not ask… “How did Biggie make it?” 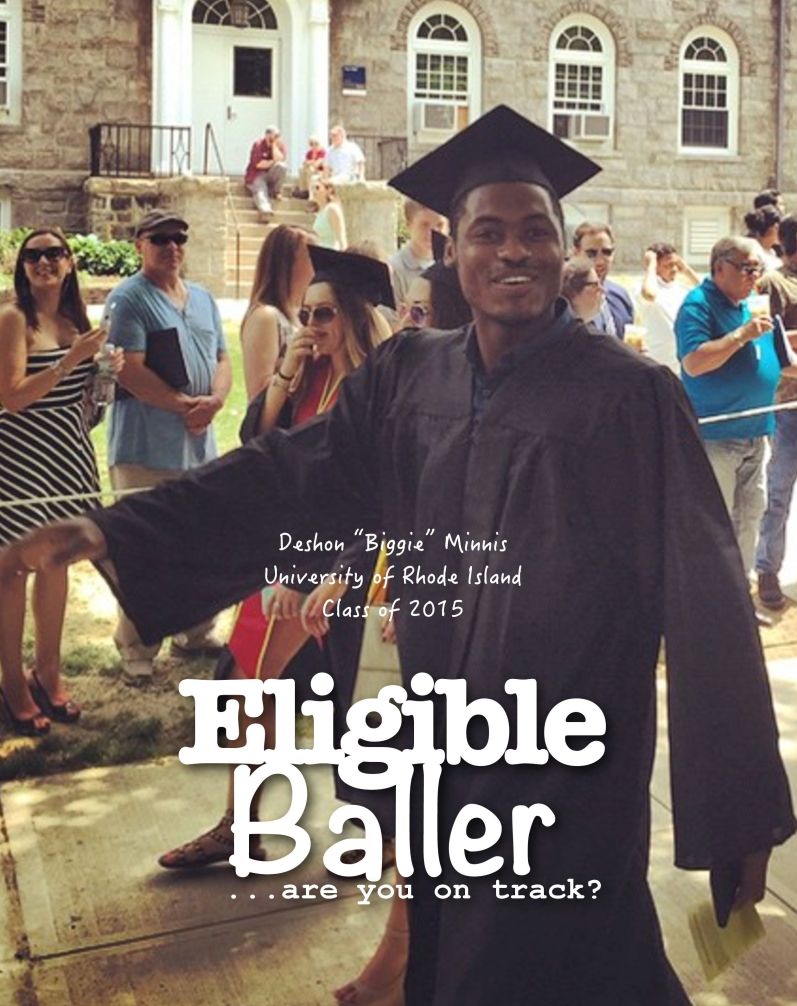 As a junior at South Philadelphia High School, Biggie wasn’t in a good place academically. He wasn’t on track to be NCAA eligible. His mother, Chandra, had been down this road before. Biggie’s older brother, Kechan, played D1 ball at the University of New Orleans. His father, Shon, a former star himself at South Philadelphia High School had been recently released for prison. Things looked bleak. Several college coaches had written Biggie off. “No way he’ll qualify,” they said.

Shon and Chandra worked closely together to understand exactly what Biggie needed to do to gain eligibility. They held their son accountable. They placed him in a better academic environment by transferring him to a private school. They never let Biggie think for even one moment that he wouldn’t make it. So, it comes as no surprise that with one year of eligibility remaining, Biggie is a graduate of the University of Rhode Island.

Why not ask… “How did Junior make it?” 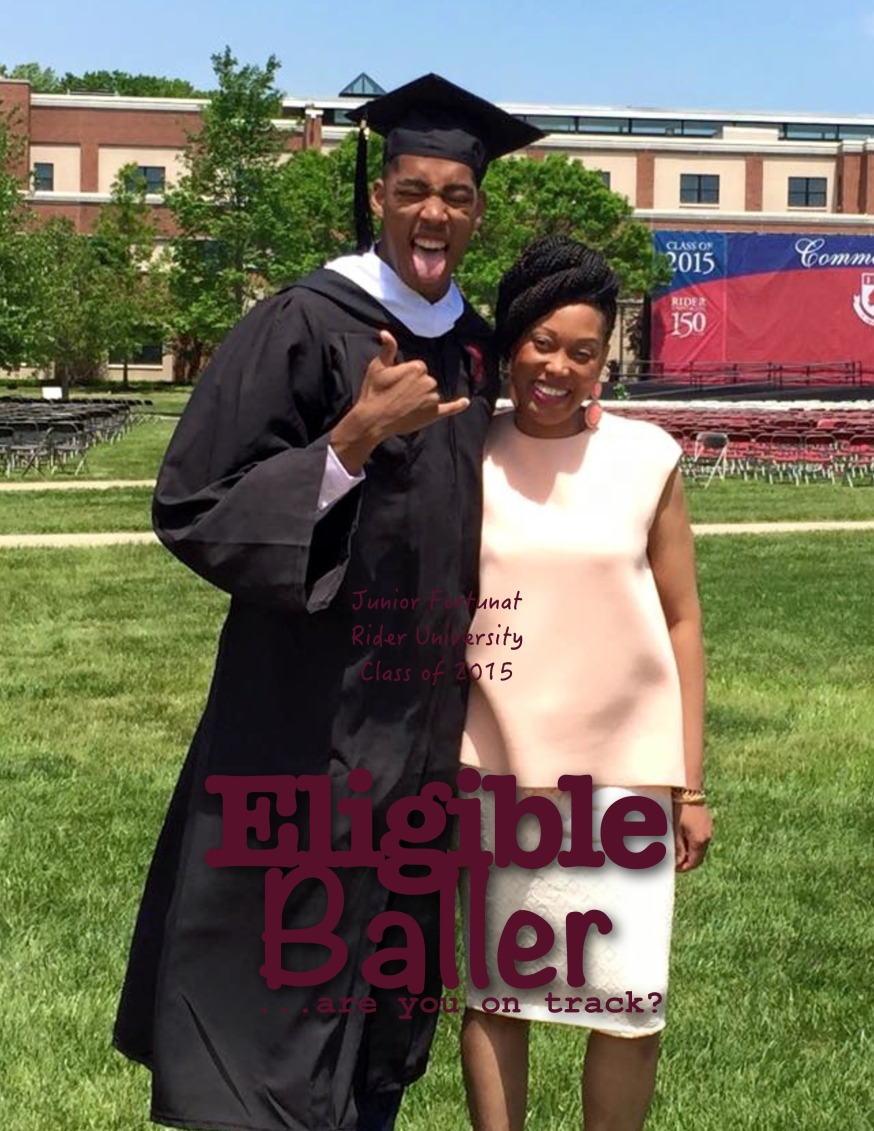 Junior Fortunat came to the United States just as he was entering the 11th grade. He spent his formative years living in a public housing development in Montreal, Canada. The transition to Philadelphia’s Roman Catholic High School was challenging for many reasons. He was away from his loving mother, Mamina, for the first time in his life. He was required to perform school work in the English language for the first time in his life. French is Junior’s first language.

Like Biggie, many college coaches wrote Junior off. Again, I heard the rumors. “He can’t do college level work… He won’t qualify.” Truth be told, Junior wasn’t on track. Many of the courses he took as a 9th and 10th grader in Montreal were rejected by the NCAA. As a result, he was short several core courses. Also, because of his limited language skills the SAT proved to be especially challenging. Things didn’t look good for Junior.

But the prognosticators failed to consider the size of his heart. Once Junior understood the gravity of his situation, he was determined to make to college. His mother offered consistent and unqualified support. Chris McNesby and the staff at Roman Catholic did everything possible to give Junior a chance at qualifying. For the better part of six months, Junior attended two schools on a full-time basis. After his day was done at Roman, he headed off to a private High School in Center City to make up several core courses that had been denied by the NCAA. The schedule was brutal and he frequently complained, but he never gave up and he never missed a day. As you can see in the picture above Mamina and Junior enjoyed his graduation from Rider University four years later. 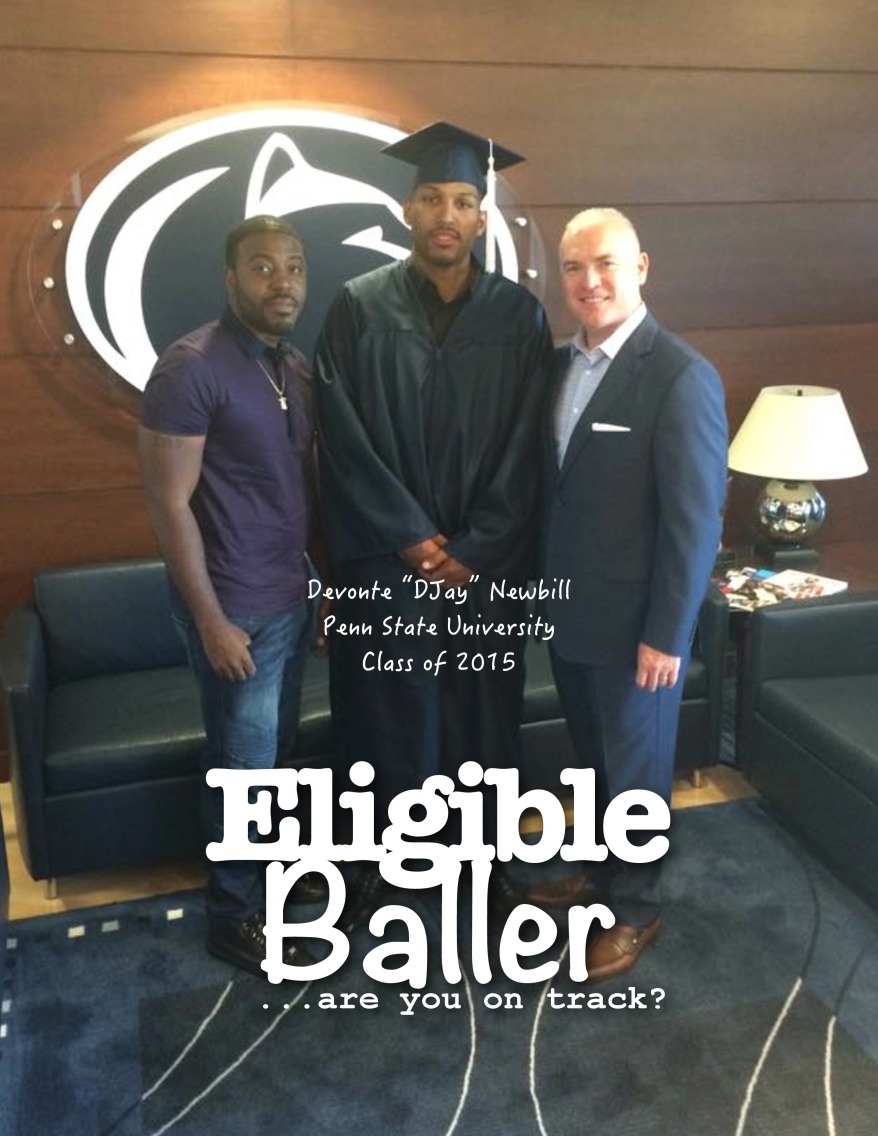 Devonte “DJ” Newbill attended the school Diane Sawyer labeled one of the “most dangerous in America” in her widely viewed ABC documentary. Strawberry Mansion High School is located in the heart of hard scrabble North Central Philadelphia. It is consistently one of the poorest performing schools in the state of Pennsylvania in terms of standardized test scores. Vicious brawls are a daily occurrence in the hallways, as documented by Sawyer’s camera crews.

What the camera crews did not and could not capture was the humanity and love that also permeates the building. For all of it’s shortcomings. Strawberry Mansion produced three D1 college graduates – Newbill (Penn State, Bachelor’s), Dwayne Davis (Southern Mississippi, Bachelor’s) and Devon White (LaSalle, Bachelor’s) – over a very short 2-3 year span. At least within the basketball program, they were preparing young men for college. Clearly, coach Gerald Hendricks and his successor Stan Laws were doing a LOT of things right.

Newbill had to deal with a lot of adversity. He lost his mentor when John Hardnett died suddenly during his senior year at Strawberry Mansion. He was FUCKED OVER when Marquette University Head Coach Buzz Williams took away his scholarship at the last minute. After a year at Southern Mississippi, he transferred to Penn State to be closer to his family. After moving to Happy Valley, he suffered through the loss of his mother to a battle with cancer.

Why not ask… “How did Jabril make it?” 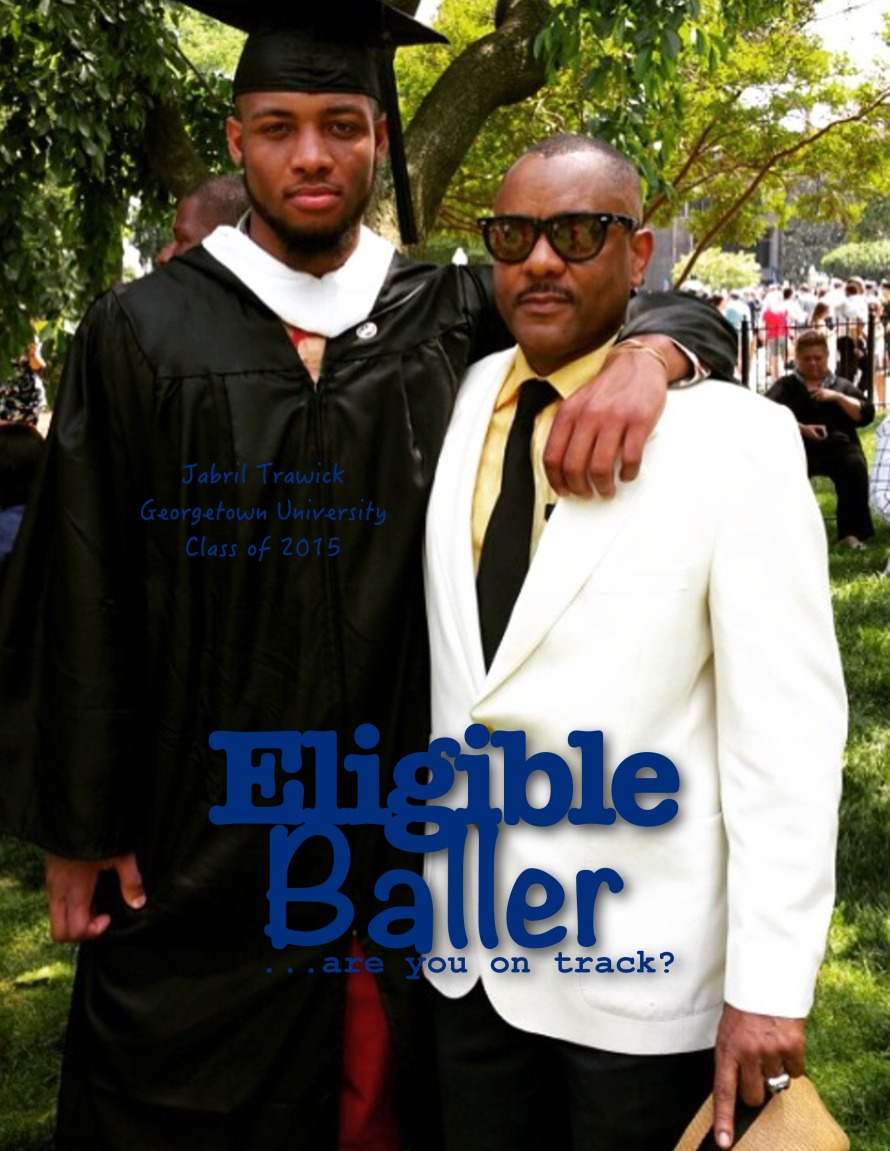 Despite it’s 30 plus year run as one of the elite basketball programs in the nation, Georgetown had never successfully recruited a Philly kid. Many felt that Jabril Trawick was not an ideal candidate for success at the Ivy League level institution. There were doubts about his basketball ability and his intellect.

Many felt that he was best suited to compete in the Colonial Athletic Association (CAA) or one of the other mid-major conferences. Many college coaches said, “he can’t play in the Big East.” Well… he silenced all those critics while starting for three years. The Hoyas made the NCAA tournament in three of his four years and made the NIT once. A defensive stalwart his first two seasons, Jabril emerged as one of the better all-around player in the Big East by the time his collegiate career closed.

Always an very good student, people still doubted his ability to compete in the classroom at Georgetown. Alma mater of President Bill Clinton, Georgetown is one of the most prestigious and competitive universities in America. Jabril was fortunate to have Brother Leon Shamsid’Deen (pictured above, right) in his life. Unlike most of those influencing Philly scholastic ballers, Brother Leon had Ivy League experience himself. He studied at Management and Economics at the Wharton School, University of Pennsylvania.

Jabril, followed the plan laid out by Brother Leon and now he is a Georgetown graduate pursuing his dream of playing professional basketball. That Georgetown degree and the network of highly influential Georgetown alums throughout the world provide Jabril with a helluva safety net.

The importance of blocking appreciation and understanding of these stories is well understood by those controlling mainstream media outlets in this country. The widespread focus on Jordan’s academic issues reinforce the indoctrination. It fits squarely in the narrative that is most commonly told.

The academic standards need to tightened. These kids from urban schools in Philadelphia do not belong in college. They are not prepared to do the work. They won’t graduate. They are taking up spots that should be awarded to more deserving (white) student-athletes.

Be careful… The propaganda techniques have been well-honed. They are very effective. As you can see, they have us ignoring Biggie, Junior, DJ and Jabril. Instead, they have focus on the problems Mr. Jordan is having and asking “what’s wrong with Philly ballers?”

Wouldn’t we learn more by asking: “How did these guys make it?”