Philadelphia, PA: Triple Threat is led by Donta Scott, Hakim Hart, Jamil Riggins and Jameer Nelson Jr. Scott is the do it on both ends of the floor franchise player from Imhotep. Hart is one of the most prolific scorers in the area and is due for a huge game. Riggins has been Triple Threats best offense player in the tournament… He hit 8 treys and grabbed 14 boards in the quarters win..

Hunting Park is the team I’ve called “The Pub” throughout the tournament… The Pub is led by 2 Mastery North seniors, Jamir Reed and Lakeem Mcailey and 2 MCS kids Nisine Poplar and Jihad Squid Watson. Reed is a big, physical and tough Philly guard who can score and defend on the other end of the court. McAiley is a lefty who put on a show in the first half in the quarters. He was dominant offensively. 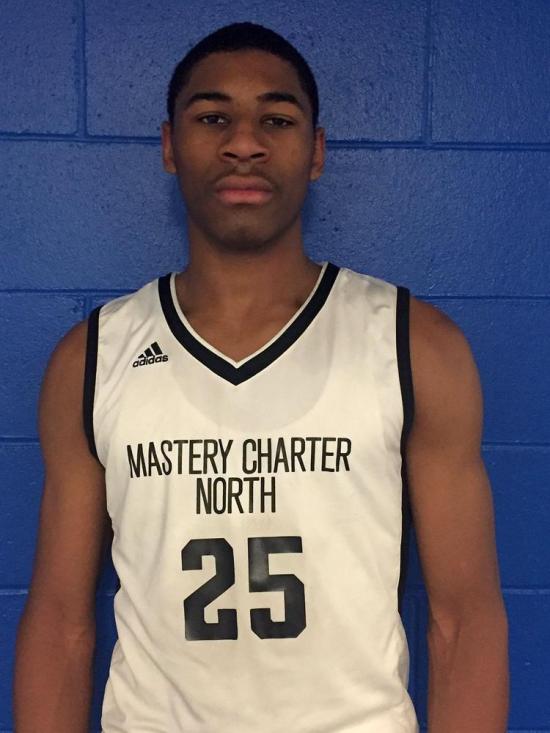 Poplar is the sophomore who is getting better every game and sky is the limit the next 2 years. Watson is the veteran guard who scored big buckets in the 2nd half as Raw sports tried to rally .Watson either scored the bucket or got the assist to put the game away. The 5th starter is Dahmir Fowlkes. I dont know a lot about Fowlkes other than he showed great energy and the ability to finish on the break. He’s only a sophomore like Poplar. The bench of Hunting Park has been among the best in the tournament. The headliner has been Tyrone Williams. Williams had 13 7 5 in the quarters and was all over the court. The 2 remaining players I remember were Taj Campbell and Aaron Harrison. Both players had 6 points in quarters and showed great energy on both ends of floor.

This should be a good one…