May 26, 2017 By delgrecowilson in College Athletics Tags: College Basketball Leave a comment

Columbia, South Carolina – May 26, 2017 – University of South Carolina freshman power forward, Sedee Keita (WeRone Hoops/22ft Academy), has announced his intention to transfer. After sitting out a year, as required by the NCAA, Keita will have 3 full seasons of eligibility left. 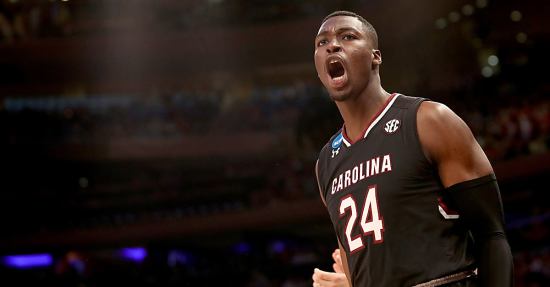 His offensive output was hampered by a wrist injury that caused him to miss the first four games of the season. Keita tallied a season high seven points in win over Lander (Dec. 27), and pulled down a season high seven rebounds in non-conference finale at Memphis (Dec. 30)

Keita immediately becomes one of the best available power forwards in the nation. South Carolina Head Coach signed Keita’s release without any restrictions.

La Salle and Pittsburgh have expressed an interest in Keita. He will likely hear from programs in all the major conferences.