Well… Here we go… College Basketball Coaches are being fired and hired across the country.

Who are some of the likely candidates for the open and soon to be open positions?

VCU coach, Wil Wade has been mentioned as the front runner for the LSU job in the SEC. Should he take it, VCU would be wise to take a HARD look at Villanova Assistant Ashley Howard (pictured below right).

Howard has been a Division 1 Assistant Coach for 13 years. In 2004, he was hired as an assistant to John Giannini at La Salle University. He spent four years with the Explorers before returning to Drexel in 2008 as an assistant coach to James “Bruiser” Flint. He was part of a staff that led the Dragons to consecutive 20-win seasons, including a school record 29 victories in 2011-12. Howard spent a year working under Chris Mack at Xavier before returning to Philadelphia and joining Jay Wright’s staff in June 2013.

Since his arrival on the Main Line, Howard has helped the Wildcats finish 1st in the Big East 4 consecutive years. They have compiled a record of 129-17 (88.3% winning percentage) over that span. Of course, Villanova won the National Championship in 2016.

Howard is a widely respected talent evaluator and recruiter with extremely strong relationships with high school and grassroots programs along the eastern seaboard. He would be a strong and capable candidate to help VCU continue upon their winning trajectory. 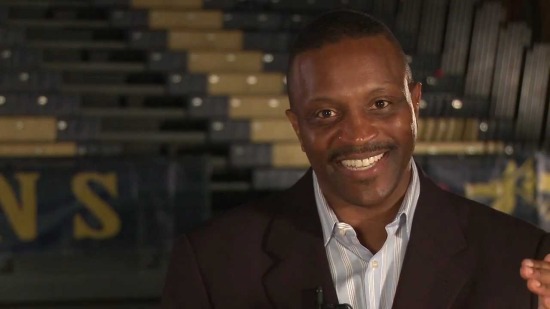 With 20 years experience as a Division 1 Head Coach, Flint has demonstrated that he is a capable leader. He took over the UMass program following the departure of his mentor and friend John Calipari. He led the Minutemen to two NCAA appearances and three post-season appearances in 5 seasons. He never had a losing season at UMass. He assumed the helm at Drexel in 2001. Over the next 15 seasons, he won 245 games to become Drexel’s all-time winningest coach. He led the Dragons to 5 post-season appearances and  was named CAA Coach of the Year four times (2002, 2004, 2009, 2012). He also won an NABC District Coach of the Year award three times (2007, 2009, 2012).In 2012, the school won its first CAA Regular Season Championship in 2012, but lost to VCU in the finals of the Conference Tournament.

Coppin State University has dismissed Michael Grant. Several names have been floated as possible successors. One of the more prominent candidates is St. Joseph’s Assistant Coach Mark Bass (pictured below). 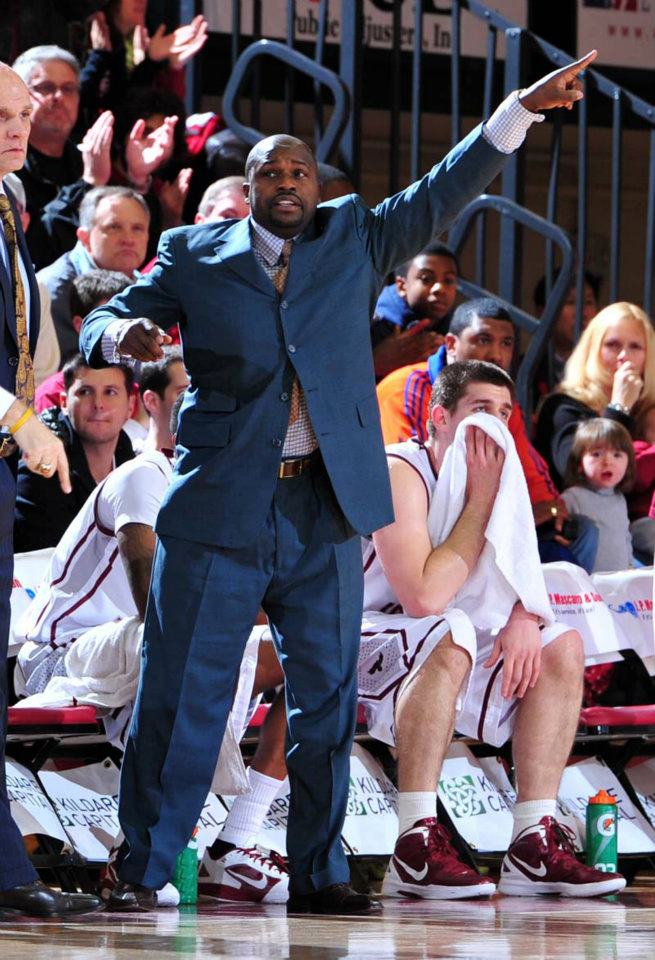 Bass joined the Hawks’ staff in 1999-2000 and during his tenure, has been involved with teams that have made six consecutive post-season appearances, won five Atlantic 10 regular-season titles and captured the 2016 and 2014 A-10 titles. Nine years after he led the Hawks to the NIT Final as a player in 1996, Bass again helped SJU reach New York City and the NIT Final as a coach in 2005.

He is a highly respected recruiter with an extensive network of high school and grassroots connections in the mid-Atlantic region, Cleveland and Chicago. Bass has established himself as one of the top assistant coaches on the east coast. Runner-up for the Delaware State Head Coaching position a couple of years ago, Bass is very familiar with MEAC basketball.

Another name repeatedly mentioned for the Coppin State opening is Larry Stewart Jr. (pictured below).

Stewart just completed his second season as assistant men’s basketball coach at Morgan State. Very familiar with the Maryland HS and grassroots basketball scenes, Stewart was the Associate Head Coach for the Bowie State men’s basketball team where he spent six seasons. The Philadelphia played at Coppin State where he established himself as an all-time MEAC great. A standout forward at Coppin State from 1988-1991, Stewart led the Eagles to their first ever NCAA Tournament appearance in 1990 and first ever National Invitational Tournament in 1991. He was a two-time Mid-Eastern Athletic Conference (MEAC) Player of the Year and named Black College Player of the Year in 1991, also winning the John B. Wooden Award. Stewart ranks NO. 3 All –Time at Coppin State in scoring (1,824) and first in rebounds (1,052). Stewart’s Coppin State jersey (42) was retired at a ceremony in 1993. The MEAC inducted Stewart into their Hall of Fame in 2005. Stewart is the obvious choice if Coppin wants to rekindle the glory they experienced during Fang Mitchell’s heyday.