On the low?
Yeah, the only way to blow
You let your shit bubble quietly
And then you blow

Welcome to Hempstead, Long Island. Here, about 25 miles east of NYC two of Philly finest are putting together a phenomenal season in the 5,023-seat David S. Mack Sports and Exhibition Complex. Juan’ya Green and Ameen Tanksley have emerged as, perhaps, the most lethal tandem at the mid-major level. In their first season at Hofstra, they have taken the Island by storm.

Green’s production comes as no surprise. He is the known.  He’s been killin ’em… We all know what to expect from Juan’ya.  Three years ago, he exploded on the collegiate hoops scene averaging 17.7 ppg and 4.5 apg as highly decorated frosh for the Niagra Purple Eagles. Green followed up with a strong sophomore campaign in which he averaged 16.5 and 4.9. In just two seasons, Juan’Ya dropped an astounding 1131 points on Niagara opponents. 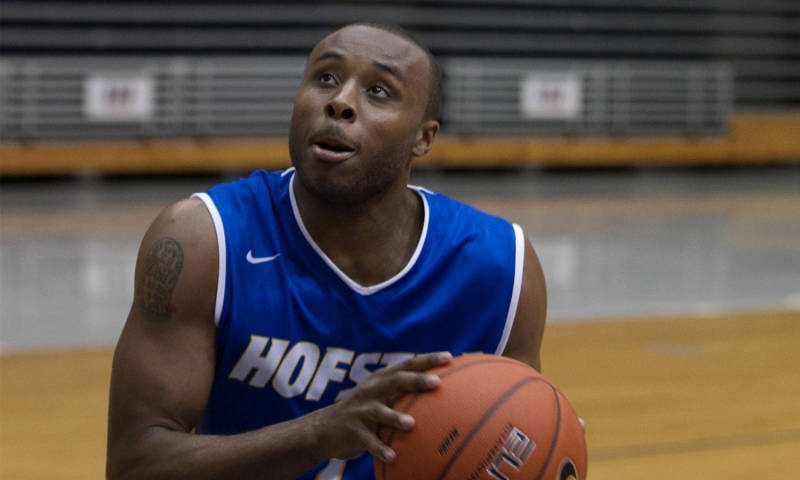 He was well on his way to the finest career in Niagra’s illustrious history since the legendary Calvin Murphy was named a three-time All-American in the late 1960s.

Tanksley, on the other hand, was a solid but not spectacular player. As a freshman he contributed 8.7 ppg and snared 5.9 rpg. As a sophomore he improved his output and scored 11.3 ppg while still grabbing 6.0 rpg. He was a good player. But he was overshadowed by Green and Antoine Mason who averaged 18.7 ppg that year as the Purple Eagles went 19-14 and won the MAAC Regular season championship.

In April of their sophomore year, Tanksley and Green learned that their coach, Joe Mihalich was taking the job at Hofstra University. Coming off a season where they had experienced a great deal of success, Niagra was expected to be even better going forward. Niagara’s top five scorers were all underclassmen expected to return next season. Green and Tanksley would be leaders of an established group. 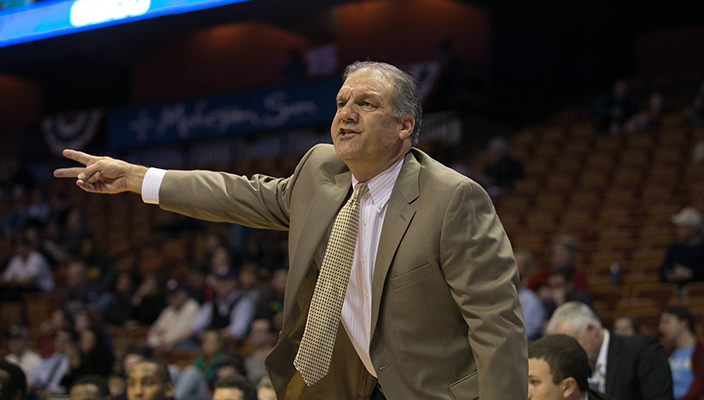 Or… Should they roll the dice?  Should they take a take a chance? Do they leave the security and comfort they established in the Niagara program for the uncertainty surrounding Hofstra?

Hofstra was flailing and floundering… They had just finished in 10th place out of 11 teams and hadn’t appeared in the NCAA tournament since 2001. While Niagra was winning the regular season championship, Hofstra was going a dismal 7-25 during a season in which four players were arrested on charges related to several on-campus burglaries. When Mihalich arrived, there were only seven players on the roster, and none averaged more than 6.8 points per game.

The Philly boys, perhaps predictably, decided to roll out with their Philly coach. Just as Mihalich demonstrated his loyalty while serving as an assistant at LaSalle University for 17 years (1981-1998), his Philly recruit displayed a tremendous amount of loyalty and followed him Long Island. They haven’t looked back.

After sitting out a year following their transfer, the Philly boys are having a huge impact at Hofstra. Green has wasted no time establishing himself as a premier CAA guard. That is no small accomplishment. He is averaging 17.6 ppg, 6.8 apg and 5.1 rpg. While these numbers are outstanding, they are not surprising. He’s not new to this… Green came in the collegiate door blazing straight from his prom. For those that have followed his development, nothing less than 17, 5 and 5 every night is acceptable from Mr. Green.  He is well on his way to continuing the recent lineage of outstanding guard play in the CAA.  He appears to he heir to Eric Maynor (VCU), Charles Jenkins (Hofstra), Devon Saddler (Delaware) and Franz Massanet (Drexel).

However, the biggest surprise in the CAA this season has been the emergence of Tanksley as a viable POY candidate. Through his first 12 games with Hofstra Tanksley has averaged a league leading 19.8 ppg. After two solid seasons at Niagra, he has become a go to guy in Hempstead. Reaching double figure is every game, Tanksley exploded for 32 against LIU-Brooklyn and 30 in a contest with Norfolk State. He had been over 20 on four other occasions. Even more impressive than his production has been his efficiency.

Tanskley is shooting 56.6% from the field and an amazing 53.7% from the 3-point line. After shooting only 33.3% on 3-pointers at Niagra, he has transformed himself into a deadly long-range specialist. Tanksley attributes his improvement to good old fashioned hard work.

“One of my coaches, Mike Farelly stayed on me… he constantly worked with me in the gym. We shot thousands of shot every day. He really helped me understand the mechanics of being a good shooter. We focused on eliminating wasted motion and developing a reliable and repeatable stroke. My confidence is really high as a result.”

Things really couldn’t be better for Tanksley. He’s very comfortable with the choices he has made. “A lot of Philly kids fall for the hype of playing high-major college ball. The most important thing for me was playing right away and getting better. My high school coach, Andre Noble, really helped me understand the importance of trust. I trust coach Mihalich and Coach Farelly.”

He credits Noble for helping him discern what’s really important. “After talking to Brother Andre, I was able to look in the mirror and be honest with myself. I was able to ask myself do you want to play high-major because everybody around me wants me to go high major. Once, I realized which questions were the most important, Coach Mihalich gave me all the best answers.”

A strong B student, majoring in Linguistics and Business, Tanksley is enjoying every minute of his stay on Long Island. “As a linguistics major, I really enjoy the fact that there are more media outlets in New York City. I have met all kinds of people since I’ve been here. I even spent some time in the Hamptons this past summer. I love Hofstra!”

On the court, Tanksley credits his success this season to Green. “The chemistry was always there. But at Niagara we also had Mason and I had to find my opportunities. This year, Juan’Ya looks for me… He finds me and he gets me the ball in spots where I can finish. He’s an incredible player… he makes me better.”