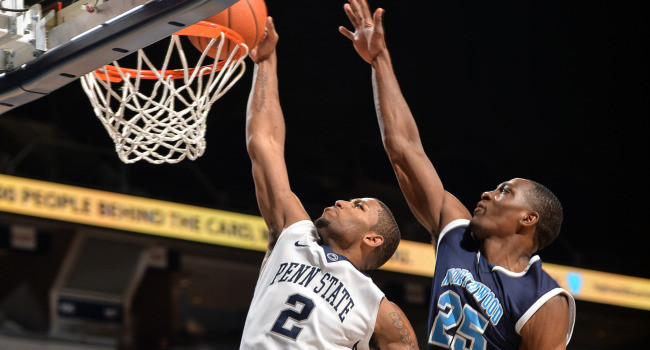 DJ Newbill, Mid-Season MVP
In the Spring of 2010, DJ Newbill committed to play for Buzz Williams at Marquette. While he flew under the radar as far as national recruit rankings were concerned, those who followed Philly hoops knew exactly how good he was. The “King of North Philly” while leading Strawberry Mansion HS to state prominence, Newbill couldn’t have been happier. Marquette was his dream school and he eagerly anticipated competing in the Big East. The confident young man knew he would make a big impact at the high major level.

Then, at the last minute, like Lucy pulling the football away from Charlie Brown, Buzz shitted on Newbill and gave his scholarship to Jamal Wilson who was transferring home from Oregon. Left scrambling, Newbill settled down at Southern Mississippi where he was an All-Freshman performer for the Golden Eagles. However, after one season he yearned to test his mettle at the highest level and reduce the distance between himself and his family in North Philly.

Newbill transferred to Penn State and suited up for the Nitanny Lions in the Big 10 Conference. After two very solid All-Big 10 level seasons, he the leading scorer in the Big 10 at 21.8 ppg, while grabbing 5 rebounds and dishing 3.1 apg. Penn State is at the top of the standings (11-1) in the Big 10 as Conference play is about to begin.

“This is better than I could have ever imagined,” said Newbill. “I am Penn State… I love everything this university represents. I just want to lead the team to a strong season in the Big 10 and a return to the NCAA tournament. Penn State has given me an opportunity to become a leader on and off the court. I am extremely proud to know that I can live the rest of my life as a Penn State alum. Hopefully, we can continue winning and make some noise in the NCAA Tournament.”

In an era of selfish guys that try to “get numbers” every time out, Rondae is a throwback. Hollis-Jefferson does so many things that help his team win basketball games. This tendency was highly regarded in high school and has continued at the high major level. Arizona has continuously resided in the top5 since Rondae’s arrival.

Rondae consistently provides tremendous levels of energy on both ends of the floor, hustling non-stop for loose balls and shutting down the opponents best player in position 1-4.

Rakeem Christmas
The expectations were huge. Rakeem Christmas was a Mcdonald’s All-American four years ago. Many thought he had the potential to go to the NBA after one or two college seasons. His career at Syracuse hasn’t played out the way many prognosticators predicted. Christmas barely played as a freshman. While others may have contemplated transferring, Christmas decided to stay and find a niche within the Syracuse program. His sophomore and junior seasons were Ok but nothing like the superstar projections many made prior to his Carrier Dome arrival.

This year, the 6’ 9” senior is Syracuse’s leading scorer (16.4). “I knew it was my time. We lost a lot of players last year, and coach needed me to step up,” said Christmas. He has stepped in other areas as well. He leads the Orange in rebounding (8.9) and blocked shots (2.44). “I figured this would be a big year for me, so I put in the work this summer to become a better all-around player.” Always a high percentage shooter, Christmas, shooting 60.4 percent from the field,

Jayvaugn Pinkston
A key performer on the best program in the region, Jayvaughn Pinkston is a very strong athlete with well rounded post skills that allow him to prosper on the interior. A former McDonald’s All-American, Pinkston just makes winning plays for the Wildcats time after time.

His scoring is down (10.5 ppg) compared to last year, when he averaged 14.1 ppg. But he remains the go to guy when Villanova need a bucket in crunch time. More often that not he delivers. Pinkston gets it done with b guts, determination and extra-helpings of heart. He has a keen ability to sense when he teammates need him to deliver difference making plays. When he is overmatched by his opponents size and athleticism, he simply goes right through them. 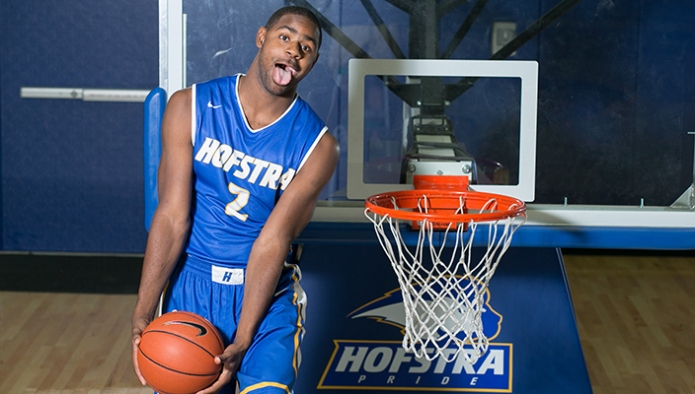 Ameen Tanksley
Quietly, Ameen Tanksley has emerged as one of the better college players from the Greater Philadelphia Region. He is leading Hofstra is scoring (18.3 ppg) while also snaring 6.0 rpg. After sitting out a year Against a North Carolina State team that had 14,264 in attendance at PNC Arena, Tanksley notched 13 points and 10 rebounds in just 24 minutes.

Tanksley has been in double figures every game this season. He has exceeded 20 points in 4 of the last six outings, including 30 points in a win against Norfolk State. He is shooting 55% from the field and an incredible 56% from the 3 point line. At 7-3, Hofstra is at the top of the Colonial Athletic Association standings. 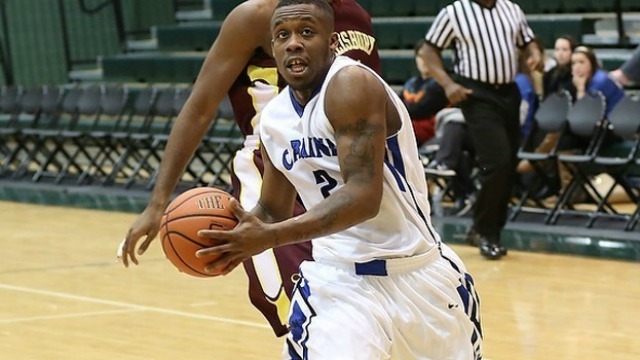 Aaron Walton-Moss, 6th Man
Those who understand and appreciate basketball in the region know that Aaron Walton-Moss is a really, really good player. Last season’s national Division III Player of the Year, Walton-Moss is off to another great start. He is averaging 20.7 ppg, 10.8 rpg and 7.9 apg.

He creates his own shots, and shots for others and rebounds the ball. He is one of the best college basketball players in the region at any level.

The Best of the Rest 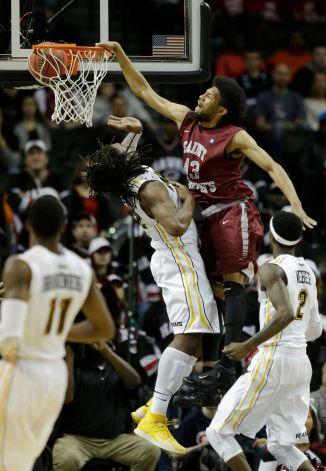