Over the past couple of weeks, Black Cager Sports Media has met, several times, with Penn State Basketball Star Michael Watkins to discuss the role depression and bipolar disorder have played in his encounters with law enforcement officials. Delgreco Wilson worked closely with Watkins during his last two years of high school. The two have remained friends as Mike has matriculated at Penn State. This is Watkins’ story as told to Wilson.

No longer… No more… Never again will I be afraid to share my story. While I am in the most precarious position I have ever been in, I have never been in a better position to help others.

For most of my life, my lack of mental health awareness and education has prevented me from honestly engaging the topic. Today, I realize that I can play a small role in preventing this problem from persisting especially among young Black men from tough inner city backgrounds. We don’t talk about depression, anxiety and suicide in the ‘hood.’

That is really unfortunate and needs to change. 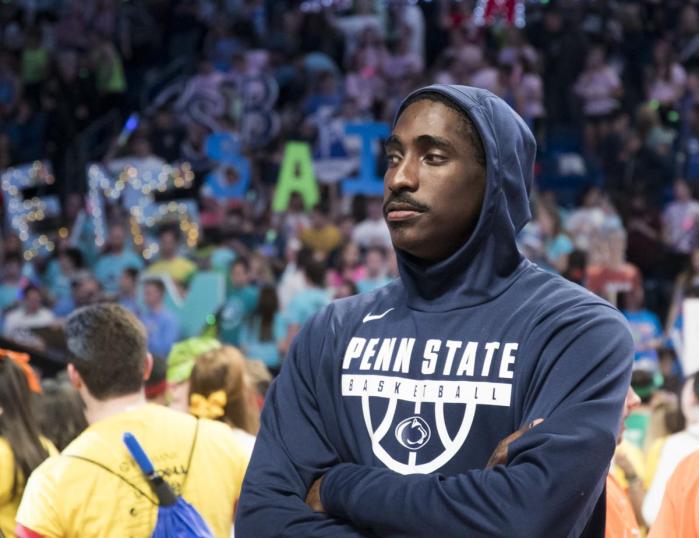 I now realize that distorted views about mental health can cause individuals who are struggling to feel confused, isolated, embarrassed, and ashamed. Further, these sentiments are enhanced for elite athletes such as myself. So many of my friends, family members and loved ones expect me to make it to the NBA. I must admit, their expectations and the pressures associated with them have served as obstacles in my journey towards getting help. Today my message is clear, athletic success and the need for mental health help aren’t mutually exclusive.

More than anything else, I truly realize the God has placed me within the Penn State community to save my life. By far, these have been the best years of my life.

Penn State has offered me a level of support and stability that I could not even imagine prior to coming on campus. The warning signs were always there. I attended six (6) different high schools. After starting off at West Philadelphia High School, I was referred to Daniel Boone for a series of disciplinary infractions. After a while, I was placed in another disciplinary school, CEP. I was clearly suffering from undiagnosed and unaddressed mental health issues during this period. However, I had begun to internalize the notion that I was a “bad” kid. In many ways, I was unconsciously trying to live up to that reputation.

Eventually, I was placed back into a regular education environment at my neighborhood school, John Bartram HS. For the first time, I started to take basketball seriously. Although, I didn’t really work hard at it, I had some early success and people began to take notice. I began to feel good about myself as a player. Basketball became a possible means of accessing a better life. I decided to transfer MCS to play with and against better competition. While we had one of the better teams in the area, I really didn’t pay attention to the academic side of the student-athlete equation. As a result, I wasn’t really being prepared to enter college. 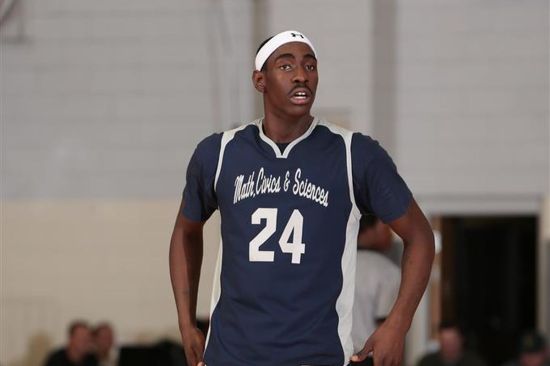 I decided to do a year at Phelps Prep School to prepare for the rigors of a college curriculum. Finally, I was admitted to Penn State but I was not eligible to play as a freshman. That was one of the best things that has ever happened to me. I spent the 2015-16 becoming acclimated to life in State College, Pennsylvania. With the encouragement and support of the basketball coaches and my academic advisors, I had the best academic year of my life.

For the first time, it was okay to admit I didn’t understand a topic or concept. It was like a light had been turned on. Once I understood that I would not be judged and the material would be explained in a manner I could comprehend, I excelled. I realized that I belonged in my classes. I looked forward to learning. I actually learned how to learn. For that, I will forever be grateful to Penn State. 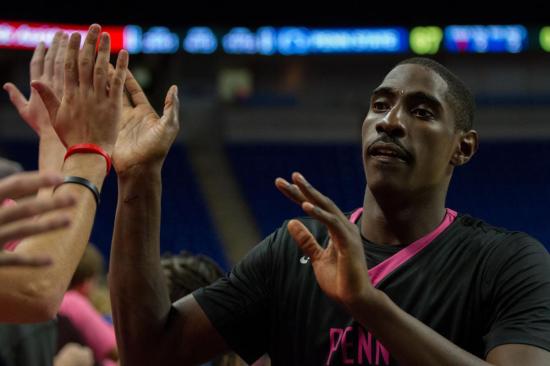 Then it happened… All of my life violence and mayhem have been my neighbors. I have heard gun shots too many times to count. I have seen miles of yellow police tape marking the boundaries of “crime scenes.” ‘Slinging dope’ is the most common entry level job around my way. As a result, far more of my friends are in the penitentiary than are in college. I’ve seen a lot of things no young kid should ever have to see. I’ve even watched  dozens of mothers lose their maternal instinct in pursuit of the next high.

But this was different… He died in my arms. I literally felt life leave his body. While I know he went to Heaven, I was impacted in ways I have been struggling to understand ever since.

It just never seemed fair. It wasn’t right. I could not let go of the image of my best friend dying in my arms. Each time I thought about it, it was if it just occurred… the tears, the pain, the raw emotion became inescapable. I locked myself in my room. I didn’t want to be around my friends and teammates. Basketball brought me no joy. I started lashing out at my coaches and academic counselors. I tried to dull the pain with alcohol.

My depression impacted my decision-making. I now know this. I write it not as an excuse for my behavior. I did what I did. I own it. However, I want those I have negatively impacted to know that I now understand that “hurt people” turn around and hurt people.

With the support and encouragement of Coach Chambers and the other coaches I sought professional help. I was prescribed Adderall and fexofenadine and began to see a psychologist. I tried various combinations of medication with varying effect and I have been able to develop some coping skills and begin to deal with the loss of my best friend.

Over the past couple of years, I have continued to work through my issues with some wonderful mental health professionals. I have good days and I have bad days. Truth be told, there have been times where I have self-medicated with alcohol and other substances.

At my lowest, I was hospitalized this past June after I expressed some suicidal ideations.  After threatening to jump from a balcony, I was declared a danger to myself. While I never acted upon these thoughts, they did exist. Truth matters. This I have learned.

While I have improved in a lot of ways, every day is a struggle. Recently, my behaviors have once again been the focus of media attention. I was wrong. I impulsively made another poor decision. I truly regret placing President Barron, Athletic Director Barbour and Coach Chambers in a position where they are called upon to explain their feelings about my poor decision-making. They have done nothing but helped me through very trying times. In return, I have failed to uphold my end of the bargain.

What I want the people at Penn State to understand is that this most recent episode and any of earlier negative behaviors are not reflections of my feelings toward the community.

Because I enrolled at Penn State I am a better man.