With the start of the High School Basketball season upon us, the Black Cager has few things he wants to get off his chest… This information is presented “WITH LOVE” and nothing I write is directed at any particular individual… However…

Yo… HS Coach, why you tryin’ to get that boy to transfer to your school?

Last year, there was one suspension at his school. There was a heated argument and one girl slipped and called another girl an “ugly bitch.” She fucked up and said it in front of that nosey meddlesome group of parents that volunteer at the school 3-4 days a week. Of course, they reported her to the Head Master and his hands were tied… He had to suspend her for one (1) day… That’s as bad as it gets at his current school…

Last year, at your school there were 4-5 fights per day. Everyday, weapons and potential weapons are confiscated as students arrive for their daily trek through the metal detector gauntlet. There are 3 armed police officers assigned to your school. One of the rooms adjacent to the main office has been converted to a “holding cell.” The police make trips to take “offenders” to the station for processing.

The counselors told you that there were 23 pregnancies at your school. You took three of your players to the clinic when you realized they were “burning.”

How do you even broach the subject of the kid transferring from such a well regarded, high achieving learning environment to your abysmally under-performing school? One hundred percent of the students at his school are admitted to college and many end up in Ivy League institutions. Conversely, only about 26% of the Black males in your school will actually receive a diploma.

Does high school basketball mean that much to you?

Are you really willing to place your desire to win a league, city and/or state championship above the clear cut “best interests” of this young man?

Yo… AAU coach, why you trying to get that boy to change AAU programs?

He’s been with those guys for six (6) years. When they first got him, he couldn’t make two consecutive layups. He was garbage… No one wanted him.

That range from anywhere on the floor all the way out to NBA three… It didn’t just appear. Those guys put in hundreds of hours in the gym working on that jumper. That soft touch around the rim, where he uses both hands to finish with a variety of moves, is the result of intensive drills day in day out. You know how he gets in the triple threat position and uses jabs and shot fake? Well, they work so well because those guys spent countless hours improving his first step.

When they got the kid, he was soft as cotton candy. Now, he fights hard to get good position on the block, and even harder when crashing the offensive glass. That’s the result of reinforcing the mental aspects of the game day in and day out for years. They have developed a kid with a strong personality with great confidence who never gets down on himself. There are few doubts about him becoming a big time impact talent at the collegiate level.

Now… You want him to abandon those guys and come play with you?

He already has 23 scholarship offers… How does changing programs benefit him?

Are you really gonna place your desire to win AAU tournaments and secure a shoe company endorsement over what’s best for the kid?

Yo Mom… Why you not playing the parental role?

That boy is only 12… I know he can be a handful. He’s going through that stage. He’s trying to figure out who he is.

He wants to be a baller!

But… Pay attention… I mean… seriously…

You need him to be a student-athlete. Or, should I say STUDENT-athlete! In order to accomplish that goal, he needs his parents to play a parental role. 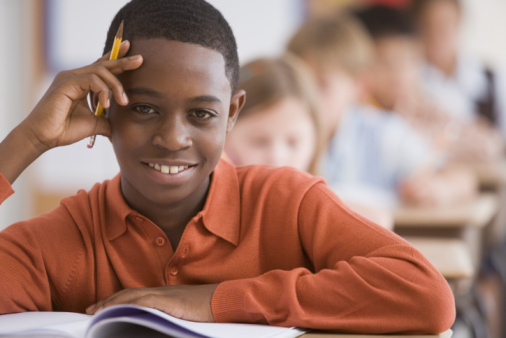 Black student-athlete at his desk

I know it seems innocuous… The “mentor” seems nice… He looks out for your son. He picks him up almost every day to go to the gym. He feeds him before he brings him back. He’s given him 6 or 7 pairs of sneakers. I know it feels like a real burden’s been lifted off your back. Those sneaks cost $125-$200 a pair.

Your son seems happy… He’s traveled to New York, the Jersey Shore, Washington, D.C, Virgina Beach and Orlando to play ball. There’s no way you could have afforded to take him all those places.

I understand… But… Nothing is free… 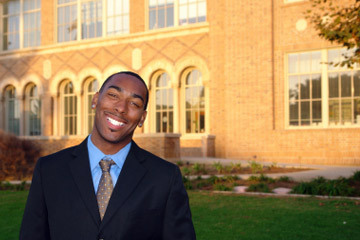 Beware… If your son does not develop as player the “scholarship” funds will disappear. If your family decides to move, you may find out you have accumulated a balance that will have to be paid in full before your school records are released to his new school. If you son has disciplinary issues, you may discover that same balance is due the day they ask you to leave.

I can safely predict that they will tell you that you son need to repeat a grade (reclassify) when he enters “Big Catholic/Private HS.” The stated reason will be that he is inadequately prepared for the more rigorous curriculum. The extra year will allow him to become acclimated to more challenging academic setting. The more pressing, and often unstated, reason is that 19 year old seniors are more effective high school players than 17 or 18 old seniors. 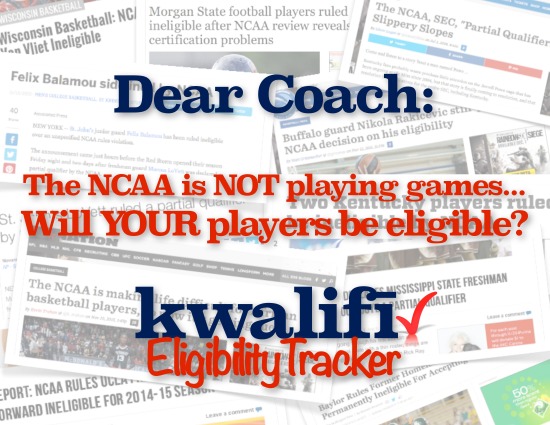 You may agree with all of the above, but it should ALWAYS be your decision. Do NOT relinquish your parental control.

When the college coaches start to call, text and direct message your son, make sure you are in the loop. It may seem convenient to let the mentor “handle” his recruitment. College coaches are worse than the most persistent bill collector you have ever encountered. They are relentless and the amount of communication can seem overwhelming. But, it’s part of the process.

Always remember that the interests of the mentor and those of your family might be aligned and they also might NOT be aligned. There may be outstanding academic colleges offering your son a scholarship but unwilling to make donations to the mentor’s “program.” If a less prestigious, less competitive college is willing to make a donation to the mentor’s “program” he will steer you toward that program. More importantly, you may never even know the other school offered a scholarship.

Are you really gonna place your convenience above the best interests of your son?

If so, you’re fucked up!

Which begs the question: Do y’all even give a fuck?