Sonny Hill at the Naismith Basketball Hall of Fame 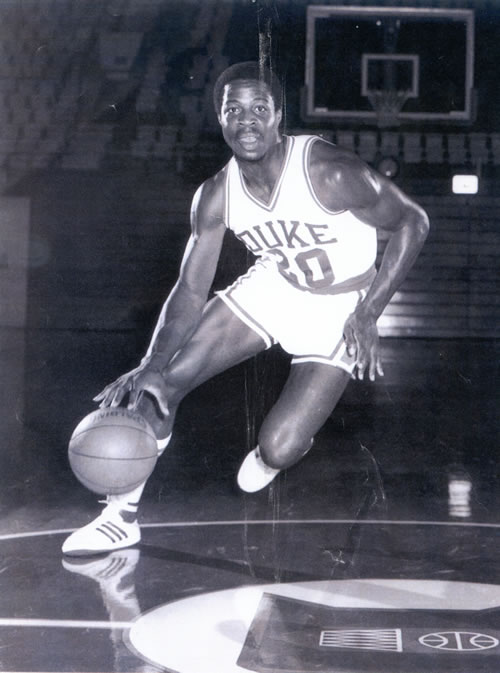 The concentration of talent was incredible. You could walk in McGonigle Hall on Temple University’s campus and catch the incredibly strong Rico Washington (Weber State) battling the powerful low-post force, Brian Shorter (Pitt) on the blocks. If you were more attracted to guard play, the wizardry of Michael Anderson (Drexel) was on full display as he went against consummate Philly point guard Howie Evans (Temple), the blindingly quick Bruiser Flint (Drexel) or the explosive Steve Black (LaSalle). Summer basketball in Philadelphia was truly something to behold.

The Sonny Hill League was an outgrowth of the Charles Baker League. In 1960, Mr. Hill founded the Baker League as place for professional basketball players to work on their craft during the off-season. The four-team league that began playing outdoors on the concrete court of of North Philadelphia eventually grew to attract some of the biggest names in basketball. Over the years, Wilt Chamberlain, Guy Rodgers, Hal Greer, Billy Cunningham, Bill Bradley, Earl Monroe, Darryl Dawkins, Joe Bryant and World B. Free were regulars in the Baker League. 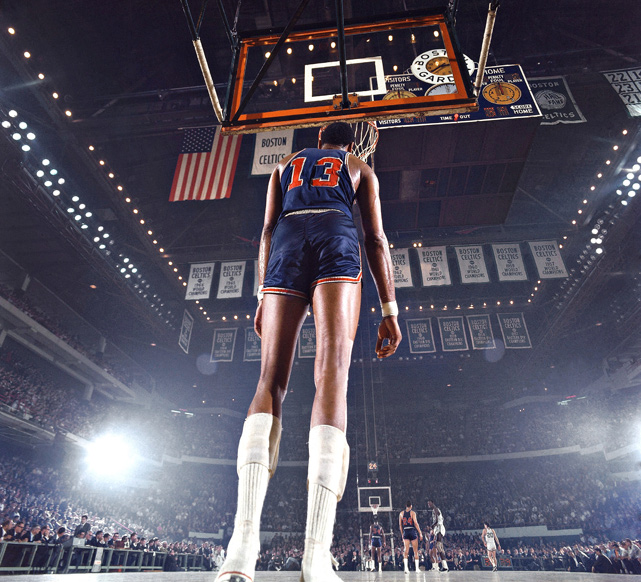 The Baker League no longer exists and the Sonny Hill League is a just shell of what once existed.

Recently, I received a phone call early one morning from St. Joseph’s coach Phil Martelli. He asked, “Del what happened to the Hill League… I’m reading the box score from a college league playoff game and I only recognize one name – Biggie Minnis.” The Hill league no longer attracts the best high school and college players in the area. There can be no denying the fact… The Hill League has fallen off… That conversation with Martelli stuck with me for a few days. I brought the topic up with Bruiser Flint, Ashley Howard and Geoffrey Arnold. They coach at Drexel, Villanova and St. Joseph’s respectively. I asked each the same thing Martelli asked me: What happened to the Hill League?

The focus of the conversations was on  two distinct questions: 1) Why did the Hill League become insignificant? And, 2) What have we lost as a result?

There is a consensus that the rise of AAU and shoe company teams contributed mightily to the demise of the Hill League. However, the more interesting question becomes: Could the outcome have been any different? 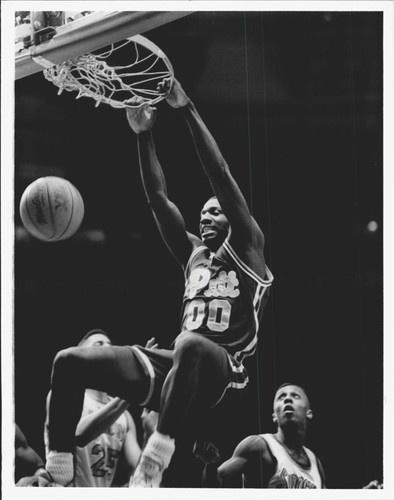 Mr. Hill’s tenacity and drive enabled him to form and maintain a youth sports league that is nearing it’s 50th year of existence. Perhaps, these same traits rendered him a unable to adapt and become more flexible when the AAU movement crept into Philadelphia. Rather than accommodate the schedules of the biggest AAU tournaments, Mr. Hill forced players to choose. Over time, the lure of jet travel across the country, stays in fine hotels and playing in front of 200-300 college coaches was too much for Philly’s best ballers to resist. Gradually, more and more began to play exclusively for prominent local AAU programs like Team Philly (Adidas), Team Final (Nike), WeRone (Under Armour) and Philly Pride (Under Armour).

The kids, however, being from Philadelphia needed an outlet to settle their neighbor “Ball-Beefs.” Rahim Thompson’s popular Chosen League has emerged to satisfy that thirst for local school yard competition in the summer. Thompson, ingeniously, decided to work around the schedules of the biggest AAU tournaments which take place during NCAA live periods. In this way, he has been able to have the very best scholastic players in Philadelphia participate in his league. The Chosen League has surpassed the Hill League as the place to see the best local players during the summer months.

What have we lost? The best answer I could come with is: We have lost a great deal of “Social Captial”.

It’s been that way since the beginning… “During that summer of ’68, gang warfare was a big problem all over the country,” Hill said. “Kids were dying. Neighborhoods were being torn up. So I decided to put my name on a league that would get some of kids who would be in gangs to focus their efforts on basketball… I talked to people all over the city. We got truces established. If a kid was found crossing a rival gang’s turf and he said he was going to play in the Sonny Hill League that got him a pass. At first it was a diversion for those kids. Now over the years we’ve grown into a program that gets kids off the streets, gets them learning and gets them a chance to lead productive lives.”

The basic premise of social capital is that social networks have value. Social capital refers to the collective value of all “social networks” [who people know] and the inclinations that arise from these networks to do things for each other [“norms of reciprocity”]. Through the Sonny Hill League, Philadelphia’s Basketball community was awash in social capital. Shit… were were wealthy in that regard.

Social capital emphasizes a wide variety of quite specific benefits that flow from the trust, reciprocity, information, and cooperation associated with social networks. Social capital creates value for the people who are connected and, at least sometimes, for bystanders as well. Think of all the trust people had in John Hardnett, Claude Gross and Tee Shields. Think of all the information the administrators of the Sonny Hill League possessed and shared with participants and bystanders.

The Sonny Hill League established norms of reciprocity (mutual aid). Alums to this very day do for one another. For example, I have called on Lionel Simmons to help kids pay for SAT prep materials and tutoring. The Sonny Hill League network connected folks who were in similar in-groups. The League facilitated connection among individuals.

The Sonny Hill league has declined in significance. Philly’s basketball community is poorer as a result. We have lost a great deal of social capital.

The elite shoe company sponsored AAU programs will take care of the best 50-60 players… The Sonny Hill League would take care of 800.