July 2, 2014 By delgrecowilson in Uncategorized 35 Comments

The money is gone. As a local, “community” those of us living in, working in or near and thinking about Philadelphia have made good schools a luxury. Like a Bentley or a Mercedes, everyone simply cannot access one. We have given up and we are now watching the urban public school systems of our youth die a tortuous, slow and excruciatingly painful death. As with all deaths, assets are left behind. In recent weeks, we “the public” have sold University City High School to Drexel and William Penn to Temple.

Let’s think about this for a moment: Twenty-two (22) District high schools lost 50 or more of their students from the Class of 2012 cohort, 2,200 dropouts in all. This represents a significant shrinkage of one graduating class. Unfortunately, it’s even worse across the Delaware River. According to the recent data only 42% of Camden High students and and 46% of Woodrow Wilson students graduate from high school. Low-income, urban, predominantly Black and Latino public and charter school students are struggling mightily in the classroom. But, we know this. The educational plight of low-income Blacks and Latinos is well known. Everybody knows things are really bad.

Here, I want to initiate an honest, open dialogue about the state of scholastic/AAU/grassroots basketball which takes full consideration the current conditions of urban public education.

Shit is bad and getting much worse.

Last June prior to the 2013-14 school year the School District of Philadelphia adopted a budget that had no funding for things like paper and new books. The District laid off 3,783 employees, including 676 teachers and 283 counselors, effective July 1, 2013. The School District of Philadelphia has a group of 16 itinerant counselors roving around 115 schools. Each counselor is serving seven or eight schools. That’s 16 counselors for 48,000 students. A ratio of 1 to 3,000. In May 2014, Camden Public Schools laid off 206 teachers. Many of those in core subject categories are also some of the district’s younger teachers with the least seniority. Forty elementary school teachers were laid off along with 18 guidance counselors.

Fast forward to this past Monday, the School Reform Commission approved a $2.5 billion “placeholder” budget hoping for $93 million that it doesn’t yet have.

“Hopefully, within the next week or so, we’ll have revenue,” said SRC Chairman Bill Green. “We’re really punting on difficult decisions by passing this placeholder budget.”

That’s an important and honest assessment of the position taken by the SRC. In short, the budget for the 2014-15 school year is based on hopes, aspirations, desires….. no cash though. Like Popeye’s sidekick J. Wellington Wimpy, Chairman Green says, “I’ll gladly pay you Tuesday for a hamburger today”.

So, what happens if Pennsylvania does not provide the $93 million? Chairman Green and Superintendent William Hite said they may not open schools in September. To do so, according to Hite would be providing educational services under unsafe conditions.

“The harm for children now is, in my opinion, irreversible, irresponsible, and it’s not something we can continue to do year after year,” Hite said. “I have no intention of putting children in those options.”

As bad as the current situation is, it is gonna get worse, much worse.

We are clearly in the midst of a period of “public education austerity,” which had been gaining traction for several years. Deep and sustained teacher and guidance counselor layoffs accompanied by widespread school closings are clear symptom of this particular disease. These massive human resource reductions and school shutterings have been instituted with alarming consistency in low-income urban areas across the nation. Last year alone, Philadelphia closed 29 schools. Chicago closed 49, New York 26 and Washington, DC 15.

In this fiscal context, it is fair to assume that school-based interscholastic athletic competition amongst middle school, junior high and junior varsity level student-athletes is a thing of the past. It more likely that urban school districts will cease administering traditional schools than reinstate funding for sports. Chicago, New Orleans, New York City, Camden and Philadelphia are among the large urban districts that are shifting from a centralized bureaucracy that directly manages traditional neighborhood based schools toward a “Portfolio” model in which District Administrators enter into contracts with a few public schools, privately managed schools, and charter schools. Other urban areas transitioning to this “Portfolio Management” approach are Baltimore, Cleveland, Los Angeles, Oakland, and Washington.

A key feature of this strategy appears to be economic strangulation of the remnants of traditional neighborhood schools. Given the fiscal constraints facing administrators of traditional urban schools, continued abysmal academic performance is inevitable. This will lead to more and more school closings. National education management organizations (EMOs) and large corporate charter operators will continue to gain a larger share of the urban public education market. There has been no indication that funding for centrally managed interscholastic sports will be forthcoming. 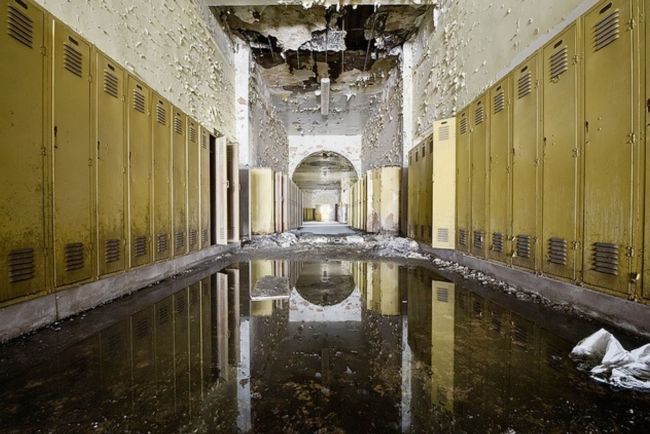 Let’s be very clear. We have entered into a new era in public education and as a result a new era in scholastic sports. The new era stands in stark contrast to the school-based programs of the past.

Robust public school investment has been a key to the development of low-income urban student-athletes for much of the past half century. Scholastic sports were considered a basic part of the public school experience. As the baby boomers can attest, citizens paid taxes to fund middle, junior high and junior varsity level athletic competition. As a society, we deemed these contests worthy initiatives that the private sector wouldn’t adequately or efficiently supply. The resulting scholastic infrastructure, dedicated teacher/coaches, and community-based organizations like CYO, PAL and the Sonny Hill League fed a robust demand for Philadelphia basketball players through the 80s and into the 90s.

As direct result of the economic strangulation strategies underway in low-income urban public school systems across the country, many urban school districts have been forced to abandon athletics.

If you are a student-athlete and you want to earn a college basketball scholarship, you almost have to play AAU/grassroots basketball. College coaches evaluate talent through AAU. Players scroll through scouting magazines and websites anxiously hoping to see their names appear in national rankings after performing in the the premier events.

The business of generating prospects for NCAA and the NBA has continued unabated. The very best players in the area join one of the elite programs like Team Final, WE R1, Team Philly, Philly Triple Threat, Team Phenom and Philly Pride. All of these programs have produced players that have done well in college basketball.

Nonetheless, we have lost a great deal with the drastic reduction of scholastic sports in middle and junior high schools in low-income urban communities. Interscholastic sports has been proven effective over time. Over 95% of Fortune 500 executives participated in high school athletics. Only 47% of Fortune 500 executives were National Honor Society members. (Fortune Magazine).

There is considerable evidence supporting sports participation for young people. Studies have shown that sports has the power to positively impact issues like racial relations, low self-image, and the high-school truancy/drop-out crisis.

Why would we as a community create structures that can yield the beneficial aspects of interscholastic competition in an era when school budgets are being cut through the bone? We really have no choice. In Philadelphia over the past decade or so, the graduation rate has fluctuated between 50 and 60 percent, in Camden between 40 and 50 percent.

Half or more of the students that enter as freshman do not graduate within four years. Philadelphia and Camden are severely under-performing. In Pennsylvania state average is 80 percent and the national average is 68 percent. Nearly twice as many Black students out of high school as White students. Nearly 8 out of every 10 students within the Philadelphia School District are minorities, 62 percent of whom are Black.  How do we fill the void?

Beyond that… How would you structure the league? What features would be most beneficial in our efforts to develop well-rounded successful High School graduates?  How could such an endeavor be funded?

Middle and junior high school years are periods of significant transition in the lives of low-income urban adolescents.  The influence of peers, family and sports centered experiences have tremendous impact on adolescent behavior during this transitional period.  It is during this period that patterns of motivation, self-concept and social relations emerge.  Far too many young Black and Latino males are motivated by illicit street-based activities.  Too few view themselves at students.

It’s time for a real “grown up” conversation.  How do we do this without the schools?

All photographs of closed Philadelphia schools are by Katrina Ohstrom.  Her work can be viewed here: http://www.huffingtonpost.com/2013/06/24/katrina-ohstrom-photography-philadelphia-schools_n_3492511.html